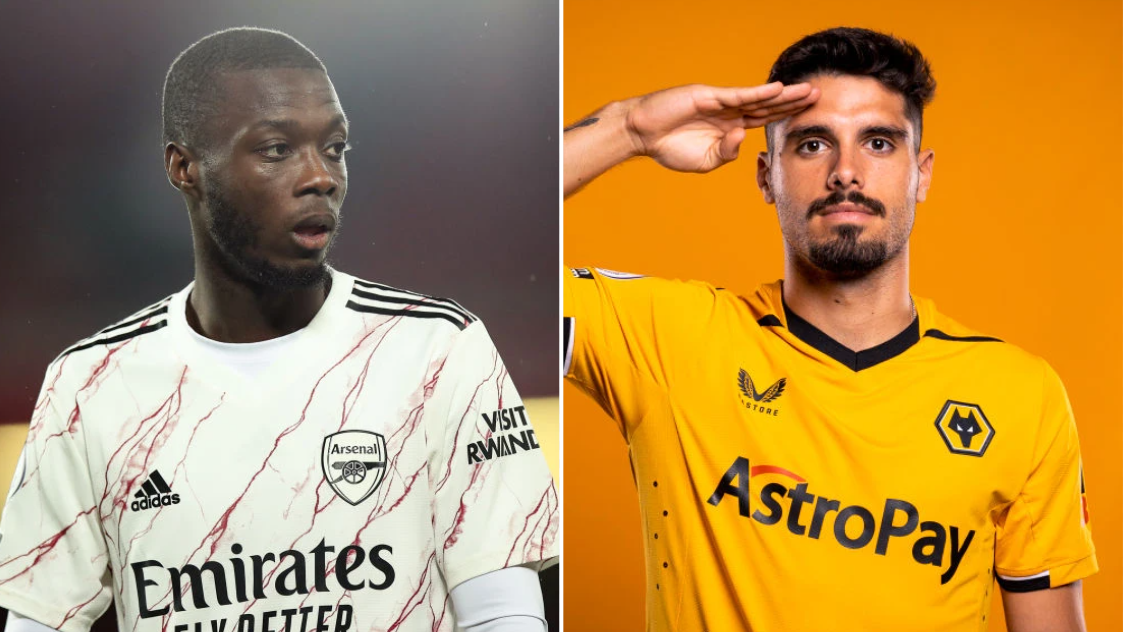 Arsenal are exploring the possibility of signing Wolves star Pedro Neto as they look to bring in a new winger to replace Nicolas Pepe, according to reports.

The Gunners were already in the market for a new wide-man and briefly looked into the possibility of signing Raphinha from Leeds United, though the Brazilian was always adamant that he only wanted to join Barcelona.

But Mikel Arteta’s desire to add a new winger to his attacking ranks will increase once Pepe leaves the club, with Ligue 1 side Nice in advanced talks over a loan.

The £72million signing was left out of Arsenal’s squad for their weekend win over Bournemouth amid the speculation surrounding his future, though talks are thought to have hit a sticking point over his wages.

Arteta previously hinted that he would like to bring in more new players before the window closes and now The Athletic are reporting that Pedro Neto is the main target on their radar.

While a deal will be far from easy to pull off, talks have been taking place for over a month and Jorge Mendes is playing a key role.

The Portuguese super-agent has close ties to Wolves and has been involved in a host of transfers since they returned to the Premier League, helping to broker recent deals for Matheus Nunes and Goncalo Guedes as well as a number of outgoings.

He has also established a good relationship with Arsenal technical director Edu and played a key role in the deal for Fabio Vieira earlier this summer.

Mendes, who represents Neto, has been effectively working as a middle man, liaising between both Arsenal and Wolves separately to see if a deal is possible.

The Gunners have strong interest in the 22-year-old and believe he would be an ideal fit for Arteta’s squad, though Wolves are adamant they do not want to sell Neto this summer and are in a strong negotiating position with the winger having recently signed a new deal until 2027.

Nevertheless, Arsenal are still keen to explore whether a deal might be possible and at what price point, with Wolves likely to demand a club-record fee.

Earlier in the window, other clubs had enquired about Neto but were led to believe that Wolves would not sell – and if they did, it would be for a mammoth fee – though Arsenal are hoping the arrivals of Nunes and Guedes might soften their stance.

Speaking about the possibility of adding more new faces, Arteta said last week: ‘Until the end of the window anything is possible with any player.

‘We want to only bring certain qualities through that door and if not then it’s not worth it. I will be totally happy and focused on getting the best out of these players, for sure.’

DANNY MURPHY: It's clear Tuchel made mistake in taking Hudson-Odoi off