Arsenal and Manchester City are amongst a host of clubs set to battle it out for Manuel Locatelli this summer and now any potential deal could face complications. The midfield powerhouse has seemed destined to leave Sassuolo this summer since the beginning of the year with his future set to be resolved after the European Championships.

Locatelli was excellent in Italy’s 3-0 opening win over Turkey in Rome last Friday.

That performance was backed up with a midfield masterclass last night against Switzerland as the Azzurri won by the same scoreline at the Stadio Olimpico.

The 23-year-old was on target twice for his country to put his name firmly in the shop window.

City have been tracking Locatelli for several months and made their interest known way before Euro 2020. 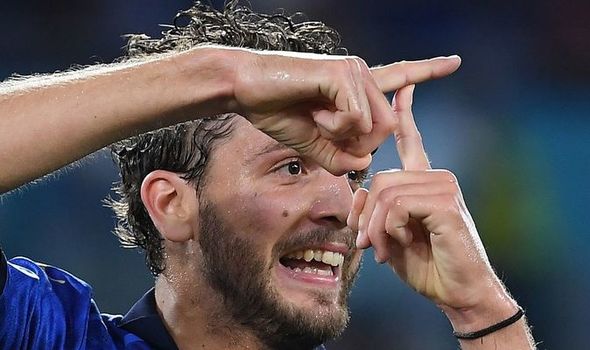 In recent weeks, Arsenal have been linked with a move in the Italian press for the Sassuolo maestro but both clubs now face competition from Juventus.

That’s because Massimiliano Allegri has made him one of his top transfer targets upon return to Juventus, as he embarks on a total rebuild.

But all three interested parties and any other club for that matter who want to sign Locatelli this summer are likely to be taxed on the back of an excellent tournament.

Before the Euros, Sassuolo set their asking price for Locatelli at just £35million.

Now it’s unlikely they will settle for that figure and they will look to squeeze every penny they can get from the potential deal, particularly following the pandemic.

Locatelli’s performance against Switzerland may just have added on another £20m to Sassuolo’s valuation.

And if Italy continue to soar then his price tag could double by the time the tournament is over.

Speaking ahead of the Euros, Locatelli admitted he was keen to push all transfer talk to the back of his mind. 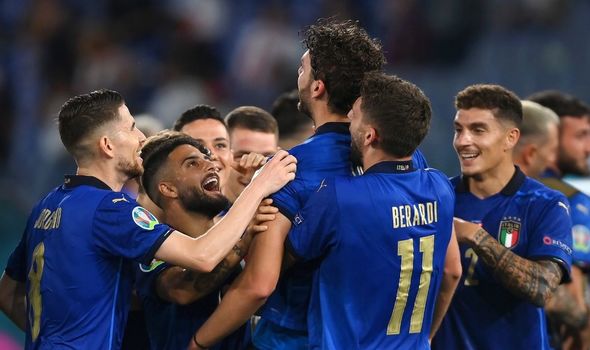 “It is just gossip. There is such an important competition to play and I am focused on that,” he said.

“It is normal to have rumours about the transfer market, but I will not let myself be influenced by them.’

“It would be a waste of time to think about that, even though I know that after the Euros will have some decisions to make.”

He later added: “I’ll decide my future after the Euros. I talked with Sassuolo board, we know what we’ve to do in July.”

The race for Locatelli, is well and truly on…