Arsenal and Tottenham are going head-to-head in a bid to sign Flamengo midfielder Gerson, according to the player’s father and representative.

The 22-year-old, who played against Liverpool in the final of this season’s Club World Cup in December, has regularly been the subject of interest from some of Europe’s top clubs.

But now Gerson’s father has named names, and he has revealed that Arsenal are keen to sign him, with Head of Football Raul Sanllehi a keen admirer. 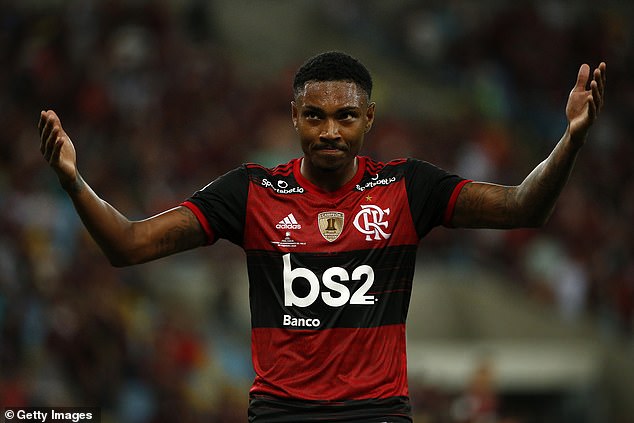 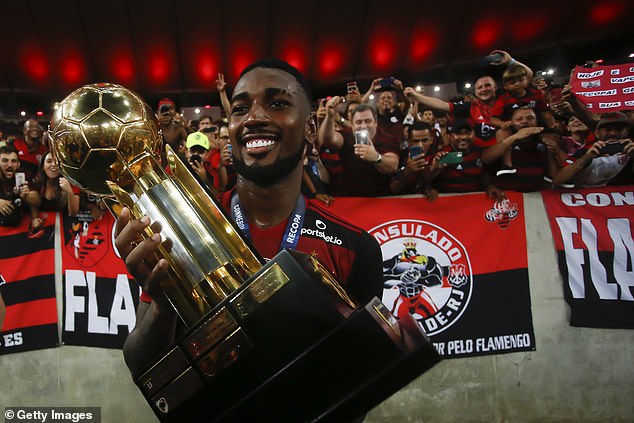 The player’s father has revealed top European interest in his son, pictured back in February

In fact, Marcos Santos revealed in an interview with Yahoo Sports that Sanllehi tried to sign Gerson while he was at Barcelona, and the player had ‘everything agreed’ before Roma swooped in with a much higher offer to gazump them.

Gerson then spent three years in Italy before heading back to his home country with Flamengo, where he is said to be ‘very happy’.

That said, Santos admitted that Tottenham and Borussia Dortmund are two other clubs harbouring an interest in his son as he insisted: ‘Everyone you hear, there is truth.’

Nice were another European club trying for the player last summer before he sealed his return to Brazil, and his father admits that talks did take place, with a fee beginning at £17.5million.

‘We had a negotiation last year with Nice, but Gerson had just arrived at Flamengo,’ he said.

‘The idea is to build a history in the club. We were always flamenguistas. Gerson is extremely happy.’ 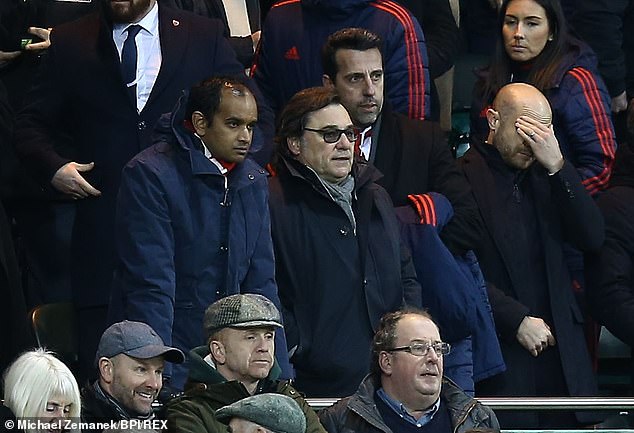 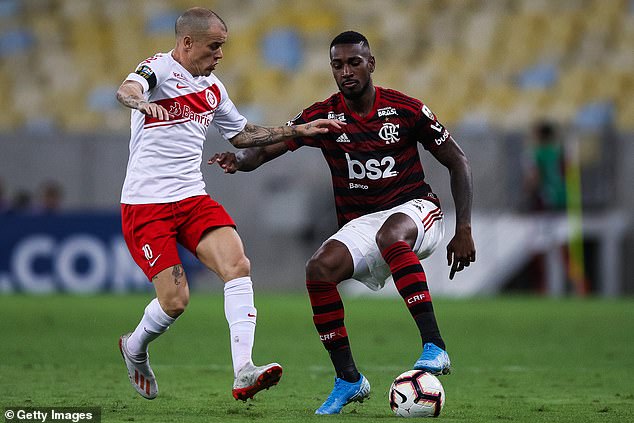 Gerson (right) has previously played in Europe for Roma, as well as a loan spell at Fiorentina