Arsenal boss Mikel Arteta hopes his relationship with former team-mate Andrey Arshavin will help the Spaniard sign Zenit St Petersburg striker Sardar Azmoun in the summer transfer window. Azmoun is having a good season for Zenit and so far this campaign he has scored 14 goals in 29 appearances in all competitions.

The 25-year-old also managed to find the back of the net on two occasions during Zenit’s Champions League campaign.

According to Italian publication Area Napoli, Arsenal have made Azmoun a summer transfer target.

The report also claims that Arteta has already been in contact with Arshavin, who is now in charge of transfers at Zenit, about a deal for Azmoun.

Arsenal are in the process of gathering more information about a potential move for the striker and the club hope Arshavin will be able to provide them with the information they need.

JUST IN: Premier League plan uncovered with 300 people at games ahead of crucial meeting vote 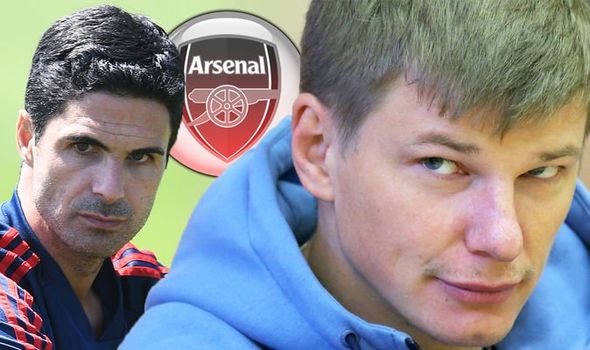 Arshavin signed for Arsenal back in 2009 and had three years with the north London club before returning on loan to Zenit in 2012 and then signing for the Russian outfit the following season.

Due to his experience of the Premier League and the capital, Arsenal hope Arshavin will be on hand to provide a bridge between Azmoun and the Gunners to explain to the striker about life in England and at the club.

However, Arsenal are not the only club interested in the Iranian international, as West Ham and Leicester City also keeping tabs on the centre-forward.

Napoli are also said to be interested and a few weeks ago Arshavin said Zenit would be willing to sell Azmoun if an offer of £31million (€35m) is tabled.

Arteta is in the market for a striker as the future of Pierre-Emerick Aubameyang remains uncertain.

The 30-year-old will soon be entering the final 12-months of his contract and appears no close to signing an extension with the Gunners.

Aubameyang has made it clear he has a desire to play in the Champions League and challenge for trophies in the final years of his career. 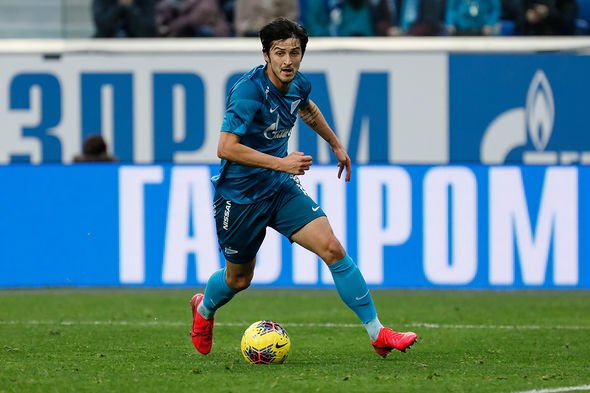 Arsenal are currently ninth in the table and are eight points off fourth-placed Chelsea.

Arteta wants to keep Aubameyang at the club and is still hopeful that face-to-face talks with the striker will persuade him that he can still achieve his ambitions at the club.

However, while Arsenal are also considering selling the player this summer, rather than risk losing him for nothing in the future, they are determined not to be bullied into accepting a cut-price fee for the Gabon international.

According to The Sun, Arsenal are willing to keep hold of Aubameyang and allow him to see out his contract if they cannot get more than £20million for him this summer.