Arsenal boss Mikel Arteta is making it crystal clear what he thinks of David Luiz’s contract situation. Luiz was named in the starting line up for Arsenal’s Europa League last-16 second-leg tie against Olympiacos on Thursday, meaning he had started eight of the last nine matches in all competitions. The former Chelsea star is out of contract this summer but Arteta clearly wants him to extend his stay at the club.

Arteta has settled on a defensive formula of playing one right-footed and one left-footed centre-back.

Luiz and Rob Holding are battling it out for one position, and Gabriel and Pablo Mari for the other.

But despite Holding signing a new contract in January, it is the elder statesman in Luiz who Arteta is preferring at the moment.

The only game Holding has started in the last nine was the one match Luiz missed against Manchester City – so the proof is in the pudding. 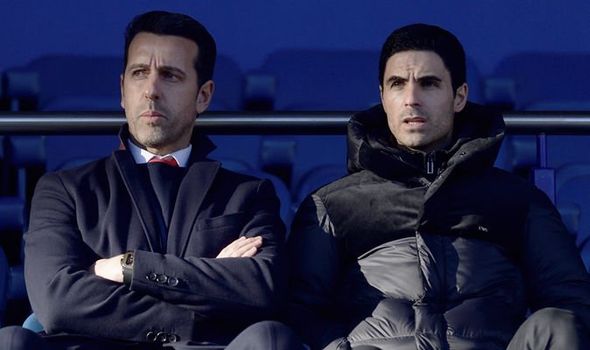 Luiz has often been ridiculed for his defensive lapses, and especially since he joined the Gunners in 2019.

He has given away six penalties and been sent off three times already in an Arsenal shirt.

But the 33-year-old has seen off younger rivals such as Shkodran Mustafi and Sokratis Papastathopoulos, who both had their contracts terminated in January.

“It’s credit to him because he trains really hard,” Arteta said of Luiz earlier this year. 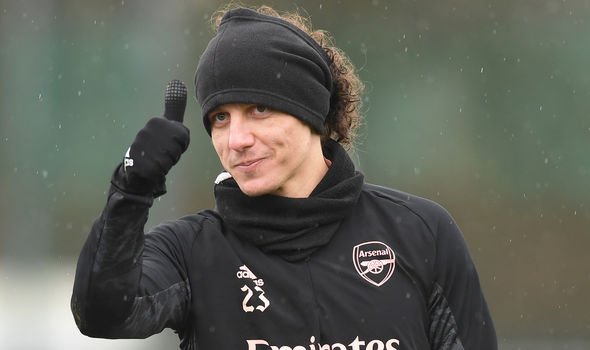 “This season has been really tough in the beginning because he’s been through some injuries but he’s kept at it, he understood his role, he knows his role in the team, he’s one of our leaders and he’s so willing to keep improving.”

Arsenal’s impressive crop of youngsters continue to shine in the first team.

And having experienced heads such as Luiz is seemingly having an impact on his team-mates’ development.

“He’s a great example for them [the youngsters],” Arteta continued.

“He’s got a good mixture with them between some banter and then some stick.

“They all listen to him because of who he is and what he’s done in the game.

“But also because of how he behaves every day, how professional he is and how he goes about the job.”

Arteta was less definitive when he spoke in January regarding Luiz’s contract situation.

The Spaniard said he hoped the defender could keep up his performances for the remainder of the campaign.

But if Arsenal technical director Edu wanted to know Arteta’s opinion on the matter, it is clear with his team selection in recent weeks.