Arsenal boss Mikel Arteta believes his side still has a “long way to go” despite starting the new year unbeaten. The Gunners face Everton today, with Arteta hosting another of his former teams. Arsenal go into the game off the back of two wins in the space of a week.

Arsenal are still hoping to sneak their way into the Champions League places as the Premier League season winds to a close.

With 12 games to go, The Gunners currently sit in 11th spot in the table, but that doesn’t tell the whole story.

Ahead of the Everton game, Arsenal are six points off sixth with a game in hand. 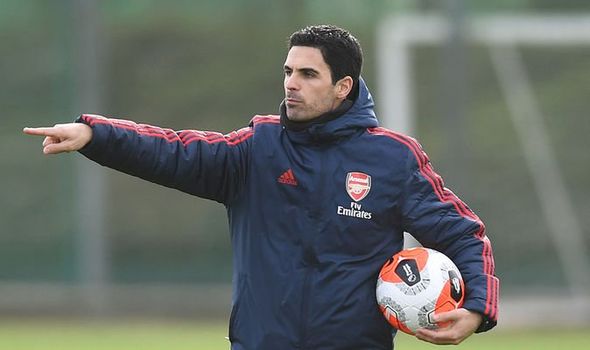 And they appear to be hitting form at the right time, having lost just once under his leadership.

Since the turn of the year, they are unbeaten – but have won only twice in the league.

Last weekend’s 4-0 drubbing of Newcastle was a clear indication for many that Arteta may have finally got his side playing the way he wants them to.

They followed it up with an impressive 1-0 win at Olympiacos in the Europa League, giving them the advantage for the second leg.

But Arteta is refusing to get too carried away, as he insisted on Saturday that there is still a lot of work to be done before he will be completely satisfied with his team.

“Yes but we have a long way to go in this process, to develop a lot of things that I want to implement,” said the boss.

“We need time. I don’t want to accelerate the process and take them somewhere they cannot do because it would not be productive.

“We have to maintain the things we do good and maybe then we have little margins of improvement that we have to aim to achieve.” 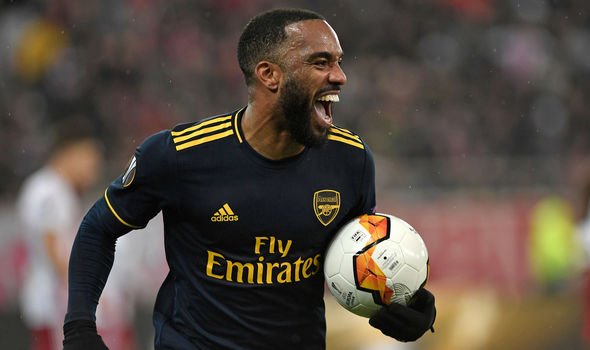 The manager opened up on what life is like behind the scenes in the Arsenal dressing room, as he explained how the team and staff are pulling together to get results.

Arteta added: “Honestly, we feel as a staff that the players are willing and are behind us and want to follow us.

“You try and convince them about what we are trying to do and they are doing every thing they can to always try and execute what we are doing and the energy we have together is good so I am happy.

“The attitude I want the players to play with is to confront the opponent. It does not matter where we play, we have to go there and we have to face them.

“We have to feel that we are ready to go, not just when we have the ball but when we don’t have it as well, with the same attitude and aggression. They are doing it. I can only praise them because they are trying hard – sometimes we can be better or worse but they are very willing.”