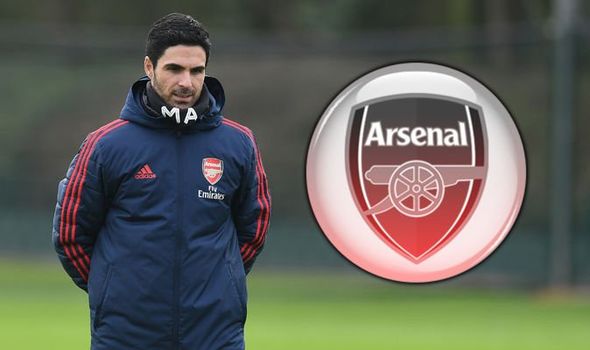 Arsenal have ordered their first-team squad and playing staff to remain at home rather than returning to training at London Colney tomorrow. The Gunners’ 14-day self-isolation period will come to an end on Tuesday since they found out that manager Mikel Arteta had contracted the coronavirus.

Over 100 members of staff including the full senior squad have since been quarantined in their homes to prevent further spread of COVID-19 after it was announced on March 12 that Arteta had tested positive for the illness.

But their isolation was due to end this week, with Arsenal free to reconvene at their training complex.

Yet the north London club insist it would be ” inappropriate and irresponsible” to do so.

The virus is sweeping the UK with nearly 300 deaths and close to 6,000 confirmed cases, while there have been more than 14,500 worldwide killed by the virus from around 340,000 infected. 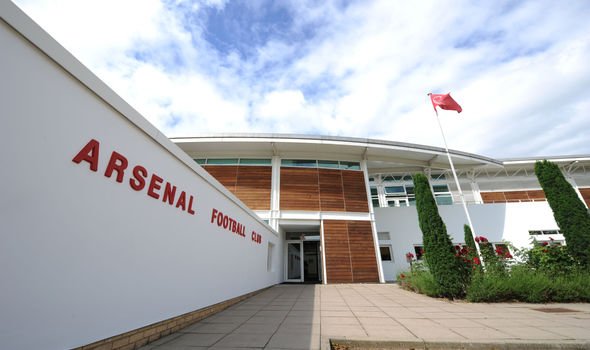 An Arsenal spokesperson said: “Our men’s first team players were scheduled to return to training on Tuesday after completing 14 days isolation following Mikel Arteta’s positive diagnosis for the virus.

“As a result of the current situation we are clear it would be inappropriate and irresponsible to ask players to come back at this time.

“Therefore our men’s first team, women and academy players are all remaining at home. Stay at home and save lives.”

Arsenal continue to follow government guidelines with only essential workers told to leave their homes.

Following his diagnosis, Arteta is now back to full health, as the Gunners confirmed in a previous statement last week.

They said: “Our training centres in London Colney and Hale End were closed for deep cleaning after Mikel’s diagnosis with the virus but have now re-opened with a small workforce to maintain the facilities and training pitches.

“A number of staff, including Mikel and the men’s first team squad, are currently isolating at home.  We’re pleased to say that Mikel is feeling much better.

“He’s in good spirits, doing detailed planning with the coaches and speaking to the players regularly.

“The women’s and academy teams are also currently staying at home. All our players are looking forward to getting back out on the training pitches as soon as the situation allows.

“The players have been given specific training and dietary regimes to follow at home and are in daily contact with our coaches and support staff.”

With Premier League football postponed until at least April 30, Arsenal’s players will instead continue to follow their personalised training programmes at home with some of them having been sent equipment to help do so. 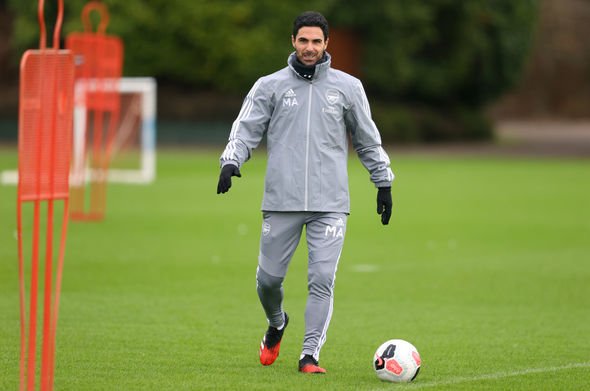 While working from home, Arteta has been in daily contact with his colleagues.

Football.london say that Arteta has had daily videoconference meetings with his assistant head coaches, Steve Round, Freddie Ljungberg and Albert Stuivenberg.

The Gunners boss and his team have been drawing up new tactical plans and tactical exercises in order to get the best of the squad if the season eventually resumes.

Arsenal have played 28 matches as it stands, compared to their rivals playing 29, and sit ninth on 40 points – eight adrift of fifth-placed Chelsea.

Their game in hand is against Manchester City at the Etihad, which was the first match in the country to be affected by the coronavirus crisis last month.

KEOWN TALKS TACTICS: Liverpool could learn from Arsenal in 2002