Arsenal are reportedly prepared to loan out Alex Runarsson less than four-month after he joined the club. The back-up goalkeeper completed his move to the Gunners in September and was brought in to provide cover for Bernd Leno.

Mikel Arteta made the decision to sell Emiliano Martinez to Aston Villa and the Argentine has been arguably the best goalkeeper in the Premier League this season.

However, the gulf in class between the two goalkeepers has been evident in the past four months.

Runarsson has lacked confidence when lining up for the Gunners and was in calamitous form on his last outing against Manchester City in the Carabao Cup quarter-finals. 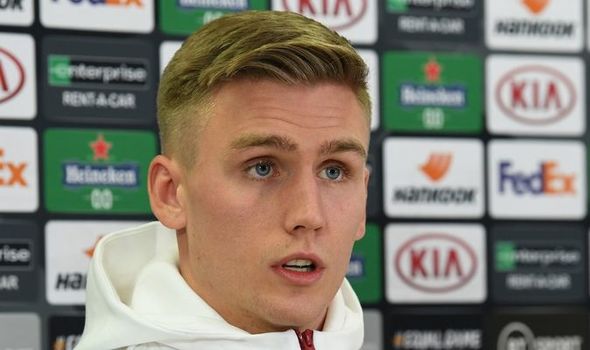 The 25-year-old spilled Riyad Mahrez’s free-kick into the net and shipped four goals on an evening to forget at the Emirates Stadium.

According to The Athletic, the Gunners have now deiced they’d be willing to loan out Runarsson, should they be able to bring in a replacement.

Arteta is said to believe the Iceland international would benefit from some regular playing time, in order to rebuild his confidence.

However, with funds limited, it may prove difficult for Arsenal to sign another goalkeeper this month.

The club wanted to bring in David Raya from Brentford earlier in the summer but their attempts were rebuffed by the Bees.

Given he only cost £1.5m, the report adds that Runarsson was only initially viewed as a No 3 goalkeeper but Arteta still felt he was capable of providing back-up for Leno.

A host of European and Championship clubs would be interested in taking him on loan.

Sky Sports pundit Jamie Redknapp criticised Arteta’s decision to play Runarsson over Leno in the quarter-final clash with City. A decision the Spaniard was left to rue. 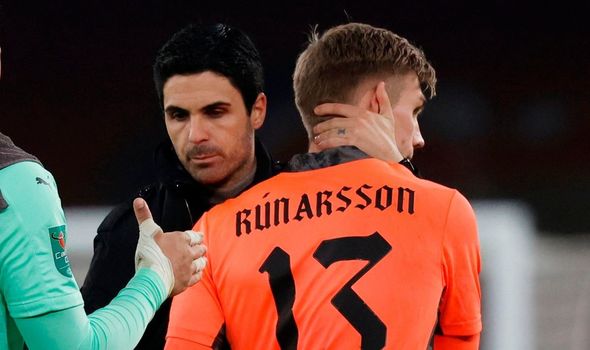 “I almost feel bad jumping into his nightmare,” Redknapp said on Runarsson’s mistake for City’s second goal on the night.

“I’m sure Arsenal fans are thinking ‘why don’t we play our No 1 goalkeeper?’

“Goalkeepers don’t need to rest, I know it’s the Carabao Cup but it’s a big game for him today.

“It didn’t really make sense playing him in the first place.

“That being said, hopefully he gets over it quickly and it’s one of those things.”