Arsenal chief executive Vinai Venkatesham admits he is concerned that an increase in social media abuse could spill back into the stands as supporters begin to return to stadiums.

Earlier this week, the FA Cup holders launched an action plan called #StopOnlineAbuse as part of the club’s Arsenal for Everyone programme.

The initiative is aimed at helping players who are targeted by abuse, with the likes of Eddie Nketiah, Willian, Nicolas Pepe, Hector Bellerin and Granit Xhaka receiving such posts in recent months – sometimes from accounts claiming to support Arsenal.

Manager Mikel Arteta has also spoken about himself and his family being targeted earlier in the season, while the club’s all-time leading goalscorer Thierry Henryquit social media this week and said he would only return once something had been done to tackle racism across the platforms.

Online abuse has increased across all of football but has not been an issue at live games as supporters remain unable to attend matches due to the coronavirus pandemic.

That will change shortly as the country continues to roll out the road map which will bring some normality back – including supporters at sporting events.

Venkatesham is wary, however, that there could be a crossover between online abuse and players being targeted from the stands.

“We haven’t seen anything material on that so far,” he said. “But underlying all of it, that has to be a concern – we all know where football has been in this country previously and the progress we are all delighted we have made.

“So any tiny, tiny step backwards concerns all of us because we know where we have been in the past, so in terms of normalisation that is why I am so keen we find a way to stamp it out and get it back under control.

“But obviously the online world has an interaction with the physical world so if we do find any of this abuse tracked back to an Arsenal member or an Arsenal season ticket holder, obviously we are going to be taking action against them where we can there – that goes without saying.”

Venkatesham also backed Henry’s decision to step back from social media – the former Monaco and Montreal Impact boss saying he had “had enough” of discussing racism.

“It was really powerful,” added Venkatesham. “He said he was taking himself off all social media channels and wasn’t putting himself back on until he thinks it is safe – that is powerful I think.

“He sounds like he got to the point where he felt he needed to do something and the phrase is “enough is enough” and I think that there are more and more people out there getting to the point where they can’t put up with it any more. 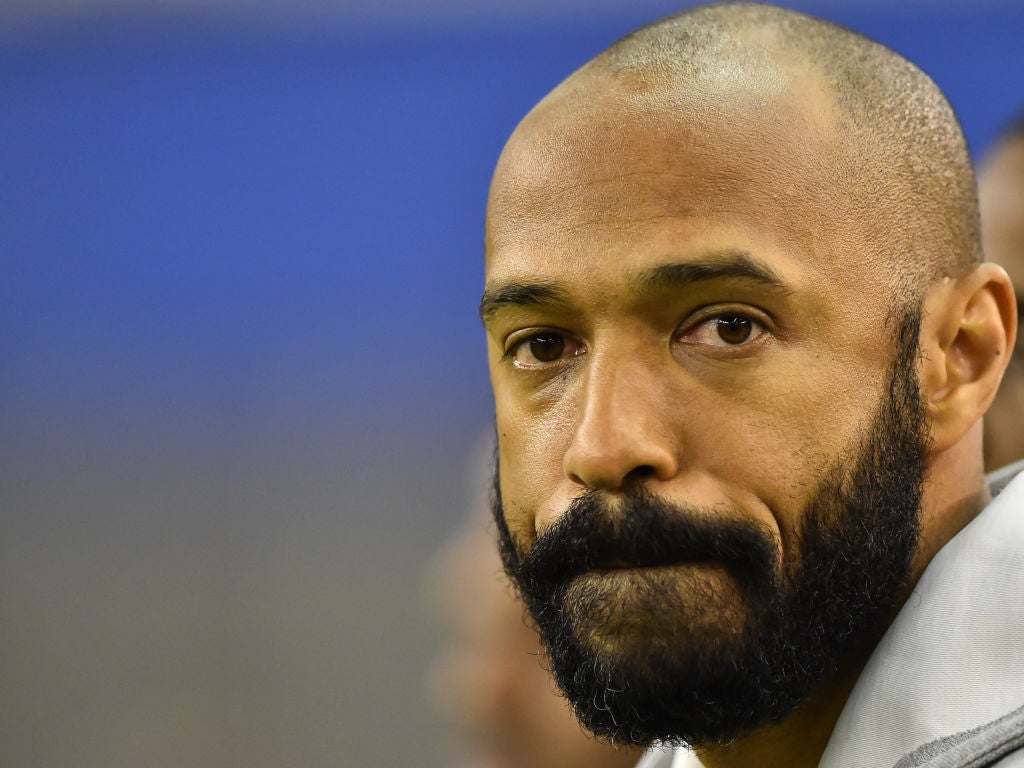 “Players are all human beings, they all have the same frailties that we all do and they get really affected by this stuff, they are not these anonymous people who don’t have feelings and don’t read this stuff – they do and it has a profound effect on people.

“Thierry is a good example. He’s chosen to take himself completely off it. We’ve taken a different approach which is to try and use the following we have to drive this message. There is no right or wrong and we are going to continue to think about what our approach is along the way.”

The majority of Arsenal’s first-team squad are active on social media, with captain Pierre-Emerick Aubameyang and long-serving defender Bellerin among the more prolific users.

But Venkatesham has not ruled out a ban on social media at the training ground to keep players focused on the job at hand and not on reading potentially damaging responses to their posts.

He added: “I would say on this issue, probably the best phrase to use is ‘nothing is off the table’.

“I don’t think we have seen any issues at Arsenal that I’m aware of about a player’s mental preparation for a match being affected.

“Most of the abuse, as you have seen from all the examples that are well-publicised, seems to happen just after a match where someone is unhappy with what happened in the match and decides that they are going to upload this view of vitriolic abuse at somebody.”

How technology is helping Wolves, Leeds and other Premier League clubs avoid injuries in hectic season