Mertesacker backs Arteta to get Arsenal into Champions League

Arsenal are reportedly prepared to offer Oleksandr Zinchenko a more prominent midfield role in their quest to sign the Manchester City star. Ukraine hero Zinchenko has been linked with a departure from the Premier League champions and has interest from the Gunners and West Ham.

Mikel Arteta has been one of the top-flight’s busiest managers this summer despite the north Londoners being the biggest spenders last year. Deals for Gabriel Jesus, Fabio Vieira and Marquinhos have taken Arsenal’s spending to just under the £90million mark.

Zinchenko is another player of interest to Arsenal. Wide-ranging reports have strongly linked the versatile ace to the Emirates Stadium.

Arsenal supposedly face competition from Premier League rivals West Ham, who are building on another positive campaign under David Moyes. But Arteta can offer regular game time in midfield to the 25-year-old in a bid to convince him to move to north London.

JUST IN: Arsenal boss Arteta ‘holding back’ Jesus as warning sent over signing 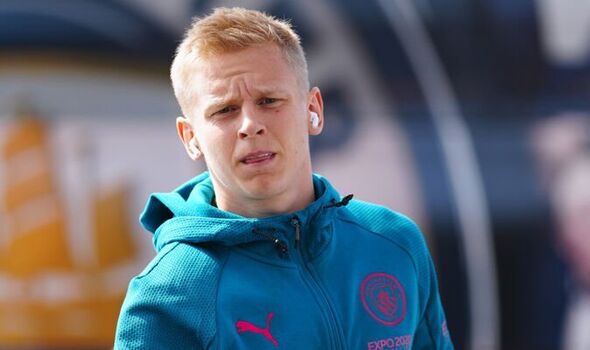 According to the Evening Standard, part of Arsenal’s proposal to Zinchenko involved using him as competition for the left-back and in midfield. It is on the left side of defence where the player has mostly featured for Man City – with whom he has won four top-flight titles.

Meanwhile, West Ham would prefer to only play Zinchenko at left-back. Moyes is seeking an upgrade on current left-sider Aaron Cresswell and could let Arthur Masuaku leave the London Stadium.

City will not stand in Zinchenko’s way should he decide he wants to leave the Etihad Stadium in search of more game time. He played in 15 Premier League games last season, starting just 10 times. In all, the former PSV loanee has played 127 times for City, mostly under Pep Guardiola. 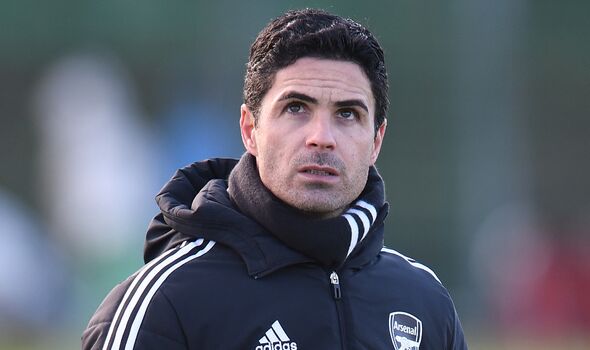 Zinchenko impressed during Ukraine’s World Cup play-off clashes with Scotland and Wales, and many onlookers felt that his performances warranted more Premier League minutes with a new club. Arsenal would be able to offer that, despite Arteta boasting a plethora of options in the middle of the park.

Jesus has been signed to ensure Arteta’s attack score more goals and lift the burden from midfield. Alexandre Lacazette, who has departed to Lyon on a free transfer, bagged just four Premier League goals last season.

Vieira will add more attacking impetus to a midfield that is already incredibly creative. Young winger Marquinhos, 19, will be eased into the first team and likely play a bit-part role next season.