Arsenal are reportedly close to finalising a deal to bring Martin Odegaard to the Emirates Stadium on loan. The Gunners are set to agree a deal which would see the Norwegian playmaker spend the rest of the season in north London as part of Mikel Arteta’s ambitious project.

Earlier this week, Odegaard decided that he wanted out of Real Madrid due to a lack of game time.

The attacking midfielder has played regularly for the past three seasons during loan spells with Heerenveen, Vitesse and Real Sociedad.

Real Madrid decided to recall Odegaard early from his stint in the Basque Country due to his fine form, in what was initially a two-year loan deal.

But things haven’t worked out for Odegaard having made just three stars in La Liga.

JUST IN: Arsenal handed chance to sign closest thing to Mesut Ozil as his replacement 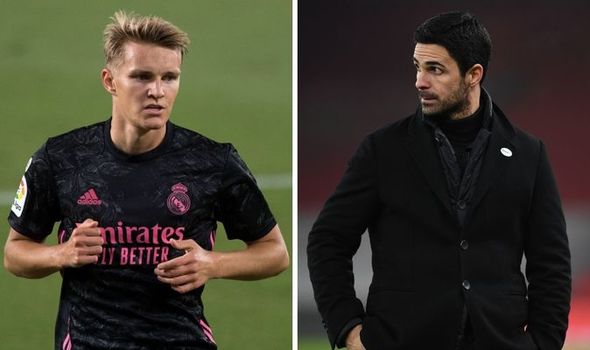 According to Football.London, Arsenal are now edging closer to tying up a deal to bring him to the club on loan.

There has been fierce competition with Real Sociedad for his signature, with Odegaard himself said to be keen on a return to the Anoeta, where he played the best football of his career.

But, the reports adds that Arsenal have now swung the balance and are now favourites to land Odegaard following the work of three figures.

Arteta and technical director Edu have done their bit to persuade the player to choose Arsenal.

They have also received support from Arsenal midfielder and Los Blancos loanee Dani Ceballos, who knows Odegaard well from his time at Real Madrid.

Ceballos recently commented on speculation linking Odegaard to the Emirates, claiming he can relate to his situation regarding game time and the hinderance of his development.

“I can tell you about what happened to me at Madrid,” Ceballos told EFE.

“I don’t know exactly what happens about Martin, but it is obvious that any player who wants to succeed at Madrid is going to grab the opportunity he has. 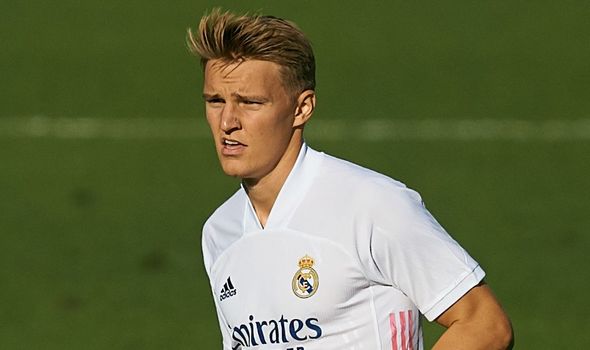 “I don’t know what Martin’s thoughts are but I know mine and I think that when you are young and you have goals and objectives, what you need is to play regularly and if you don’t, it’s like something is missing.

“I imagine that is what is happening to Martin.”

If they can get the deal over the line, Arsenal are set to focus their efforts on signing a new goalkeeper and left-back as cover for Kieran Tierney and Bernd Leno.

The club have freed up some funds after offloading Sead Kolasinac, Mesut Ozil and Sokratis. More departures could yet follow.

Slaven Bilic calls on red-carded Kieran Gibbs to be 'cleverer'