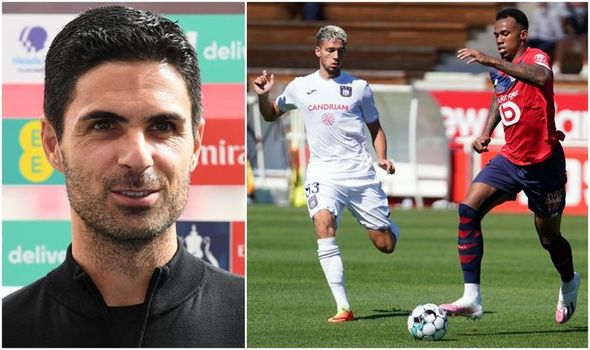 Arsenal are increasingly confident of completing the signing of Gabriel Magalhaes in the coming days and are nearing an agreement with the defender over his contract at the Emirates.

The Gunners agreed a fee with Lille for the Brazilian in the region of £22million and have been waiting to learn the player’s decision.

Napoli have also met the French club’s asking price for the in-demand 22-year-old, who helped Lille to finish fourth and qualify for next season’s Europa League.

But Arsenal are optimistic that they will beat Napoli to Gabriel’s signature having put in the groundwork to try and complete a deal.

Napoli had been hoping to recruit Gabriel as a replacement for Kalidou Koulibaly, who has long been linked with a move having established himself as one of Europe’s finest central defenders in Naples.

The highly-rated South American centre-half has also been watched by Manchester City and Manchester United, with other clubs such as Paris Saint-Germain also linked. 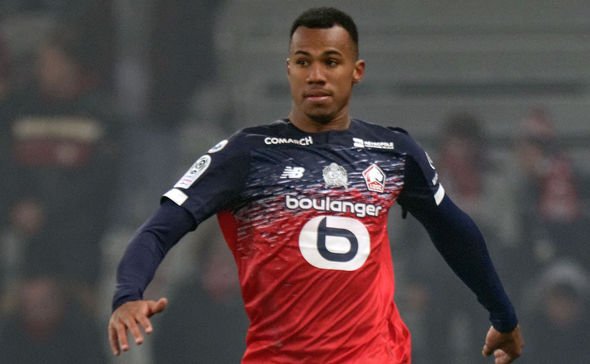 But The Guardian say that an agreement between Arsenal and Gabriel is close and that a move could be wrapped up soon, seemingly next week amid suggestions he has already undergone a medical.

The Brazil under-20 international will become the north Londoners’ fourth addition of the summer after Pablo Mari, Cedric Soares and Willian.

The Times have said Gabriel has already had his medical for a switch to the Emirates, where he is in line to sign a five-year contract.

They claim four players – including Rob Holding and Calum Chambers – will be sold as a result of Gabriel’s arrival.

Gabriel will seemingly compete with Luiz, Mari and William Saliba to start for Arteta next term.

If he joins in the next few days, he could even make his debut in next Saturday’s Community Shield showdown with Liverpool at Wembley.

And French football expert Julien Laurens has offered an insight as to what Gabriel will bring to Arsenal’s defence.

“Gabriel had a wonderful season in Ligue 1 before it was stopped by the pandemic,” Laurens said on ESPN’s Gab and Juls podcast.

“He’s young, 22, he’s left-footed which I think is the profile that Arteta wanted, a left-footed centre-back.

“Not too expensive, €30m, £27m, who is really hard-working, listens, is intelligent, no-nonsense, no fancy stuff. I think he’s very efficient, certainly he was at Lille.”

Laurens believes Arteta could deploy Gabriel and Saliba in a back three, saying: ““I really think if you’ve got Saliba on one side, Gabriel on the other side, and you’ve got David Luiz as a sweeper in that back three, I think this is very good from Arsenal’s point of view. 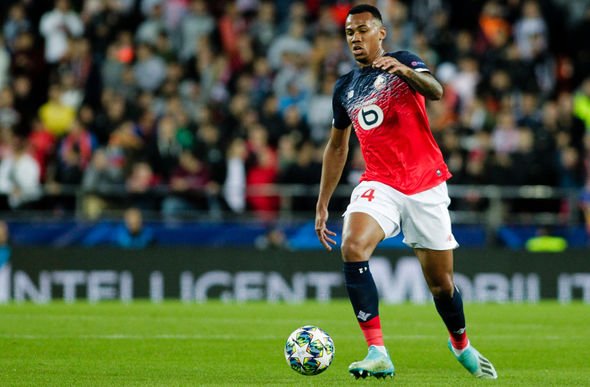 “Listen, defensively this club has had issues for the last 10 years, since Sol Campbell and Kolo Toure.

“[You play Luiz] to give Saliba and Gabriel a bit more solidity, certainly to start with. A back three is more solid than a back four.

“And I think then if Saliba and Gabriel look really strong, you can move back to a four very easily and I think you’ll have a very solid base at the back which I think is what they’re looking for.”

Arteta had also been keen to sign Thomas Partey from Atletico Madrid but any more deals after Gabriel are surely dependent on a raft of player sales in order to raise cash.

The Londoners do not have great funds to spend despite their FA Cup triumph over Chelsea earlier this month securing Europa League football for the club for the 2020-21 season.