Arsenal, at the current time, are finding Thomas Partey a tough nut to crack. The Gunners would love to sign the Atletico Madrid star and know the La Liga giants would certainly take Alexandre Lacazette on board, having admired the France international for a number of years. The problem is, any potential departure for the forward would risk upsetting Pierre-Emerick Aubameyang – who is still yet to sign a new contract at the Emirates.

Arsenal have already enjoyed a positive start to the transfer window as they look to build on their FA Cup triumph.

Willian has signed on the dotted line from Chelsea, with the Brazil international swapping Stamford Bridge for the Emirates Stadium on a free.

And it’s only a matter of time before Arsenal announce the signing of Gabriel Magalhaes, having beaten Manchester United in the race to sign the Lille defender.

Arsenal will also have William Saliba in their squad, with the youngster like a new acquisition having spent last term on loan in France with St-Etienne.

But, despite that, Arteta knows he needs more. He wants more, with the new Premier League season very nearly upon us again.

For some time, it’s been known the Gunners boss would love to sign Partey from Atletico Madrid. The Ghana international would be open to a move to the Premier League, too, in a major boost for the north London side. 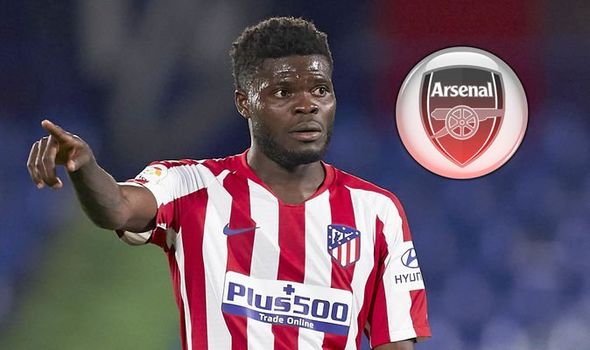 The problem is, that Arsenal don’t have much money for deals this summer.

Gabriel will eat into roughly £22million of their budget and, though they won the FA Cup, that’s practically all they’ve got in the bank.

Like most clubs, Arsenal have been hit hard by the coronavirus crisis. They rely on fans entering the Emirates but that hasn’t happened since March, much to their detriment.

Arsenal have so far been hoping to offload Matteo Guendouzi to raise funds, with the Frenchman out in the cold having angered Arteta with his conduct and attitude in recent months.

But while Barcelona, Manchester United and Juventus have all been linked, none of the trio have decided to actually pursue the 21-year-old with serious intent.

Barcelona, at the moment, are focusing on trying to keep Lionel Messi. And, when it comes to midfield targets, Ronald Koeman prefers Ajax’s Donny van de Beek instead. 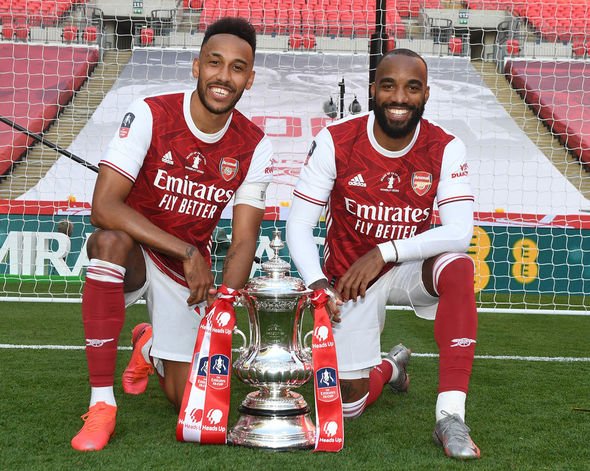 United also have bigger fish to fry, focusing their efforts on luring Jadon Sancho and Jack Grealish to Old Trafford.

And Juventus would prefer to invest their limited funds in a new striker to partner Cristiano Ronaldo at the tip of Andrea Pirlo’s attack.

One Arsenal player Atletico would accept, however, is Lacazette.

The France international struggled for the Gunners last term, scoring just 10 Premier League goals from 30 matches as the club finished eighth in the table.

Arsenal, if they were to propose Lacazette in return for Partey, would likely find Atletico receptive to such an offer.

Diego Simeone rates Lacazette highly and would relish the chance to field him alongside wonderkid Joao Felix in attack next term, particularly with Diego Costa primed to go.

The problem is, however, that Arsenal can’t let Lacazette go at a time where Aubameyang’s future remains uncertain.

While noises about a contract extension have all been positive, the Gabon international is yet to sign a new contract with the club.

And Arsenal may risk that not happening at all if they were to get rid of Lacazette, who is very much Aubameyang’s partner in crime at the Emirates.

So while they want Partey, they’re doing the right thing at the current moment in time.

Keeping Aubameyang is the priority and they’ll have to find other ways to bring Partey to the Emirates this summer.