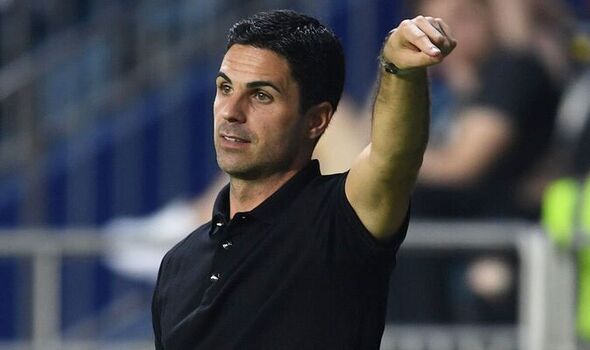 Arsenal have reportedly seen an offer rejected to re-sign USA star Yunus Musah. The midfielder starred at the World Cup and Valencia are understandably keen to get as much as they can for him.

Musah spent seven years in the Arsenal academy between 2012 and 2019. He never made a first-team appearance for the club and left to join Spanish side Valencia.

He only turned 20 late last month and was already grabbing headlines with his performances in the group stage for the USA before his birthday. Musah has already been linked with the likes of Chelsea and Liverpool since the USA’s exit from the competition.

But it appears Arsenal are also impressed by his progress since he left. Italian outlet FCInterNews claims the north Londoners have already seen a proposal turned down by Valencia.

There is no mention of how much Arsenal were prepared to pay. Inter are also said to be interested in Musah but may not be prepared to pay a substantial fee for a player who wouldn’t be an immediate starter at the San Siro.

Valencia want to receive as much as they can for the player if he were to leave. Musah has a huge release clause in his contract of around £86million (€100m).

Arsenal would unlikely activate that clause, as it would smash their previous transfer record. Nicolas Pepe’s £72m arrival in 2019 is the most-expensive signing the Gunners have ever made.

Musah has become a regular at Valencia and has already made 81 appearances in all competitions. He will want to improve his goal tally, having scored just five times for the club.

Speaking before the World Cup, Musah opened up on his time at Arsenal. And he admitted a return to the club in the future is not off the cards.

Musah told CBS Sports: “You never know. I had a great time at Arsenal developing there, I still have friends there, the coaches were great, being an Arsenal player in general is great. I loved playing for Arsenal.

“I’ve nothing against the club and if one day it turns out to be that it’s time to go back then it’s possible. For now I’m really happy at Valencia and I’m looking forward to carrying this season on in the same way we’re doing now.”

Musah still has three-and-a-half years remaining on his Valencia contract, having signed a new six-year deal in late 2020.