All or Nothing Arsenal: Mikel Arteta delivers dressing room speech

Arsenal boss Mikel Arteta has a reputation for trusting young players and could continue using the club’s best talents in the 2022-23 Premier League season. The Spaniard has rebuilt the core of the Gunners around the likes of Emile Smith Rowe, Bukayo Saka and Gabriel Martinelli.

Express Sport looks at who could be next to earn regular first-team football under Arteta.

One of several promising full-backs in Arsenal’s academy, Reuell Walters was one of few academy players to be called up to the first-team’s squad for their US tour in pre-season. The 17-year-old impressed in a 20-minute cameo against Everton.

Arsenal also have fellow impressive young right-back Brooke Norton-Cuffy but he seems likely to head out on loan after a successful temporary spell with Lincoln City last term. That would leave Walters as the U23s first choice on the right side of the defence.

Walters will need to bide his time for opportunities under Arteta, given that the Spaniard has a couple of senior players who can play in the position. But the head coach is clearly a big fan of the academy star. 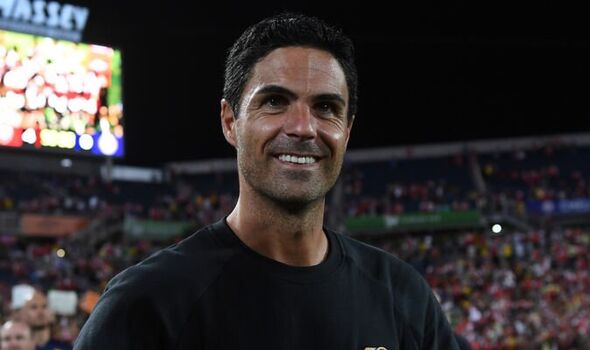 Arsenal fans are incredibly excited by England youth starlet Patino and it’s easy to see why. The 18-year-old scored on his senior debut in a Carabao Cup thumping of Sunderland last season and made his first start soon after.

That came in the disappointing FA Cup defeat by Nottingham Forest, but Patino was hardly one of Arsenal’s poorest performers in that game. The midfielder will hope for more game time next season.

Patino was born in Watford and has drawn comparisons with current U18s coach Jack Wilshere. He has previously revealed that he models his game on Cesc Fabregas and Santi Cazorla. 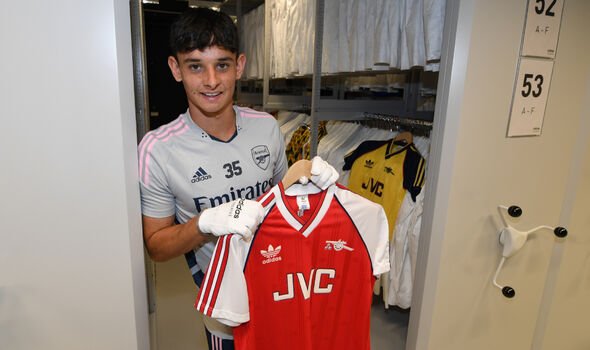 A £2m fee was agreed with Sao Paulo to bring Marquinhos to the Emirates Stadium this summer. His signing is likely to have been a key reason why highly-rated winger Omari Hutchinson left to join Chelsea, but Arsenal will hope that the Brazilian can go on to better things than the now-Blues ace.

Arsenal’s plan for the 19-year-old is for him to play most prominently for the U21s and to be gradually integrated into Arteta’s team. He might find it difficult to displace the likes of Bukayo Saka, Emile Smith Rowe and countryman Gabriel Martinelli.

But there are high hopes for Marquinhos and he could be a successful long-term investment.

Keys calls on Newcastle to snub Conte and Gerrard for Hughes