Mikel Arteta hailed the consistency of Bukayo Saka and promised to “protect” the teenager after he hit Arsenal’s equaliser in their Europa League round of 32 first-leg draw against Benfica.

Pierre-Emerick Aubameyang was guilty of missing a number of chances as Arsenal had to settle for a 1-1 draw.

With the game being played at Rome’s Stadio Olimpico due to current coronavirus travel restrictions, the Gunners were classed as the away side and should have left Italy with a win.

Instead, Saka’s sixth goal of the season rescued a 1-1 draw after Pizzi had put Benfica ahead from the penalty spot.

It is his fifth goal since Boxing Day and Saka has been a shining light for Arsenal this season. 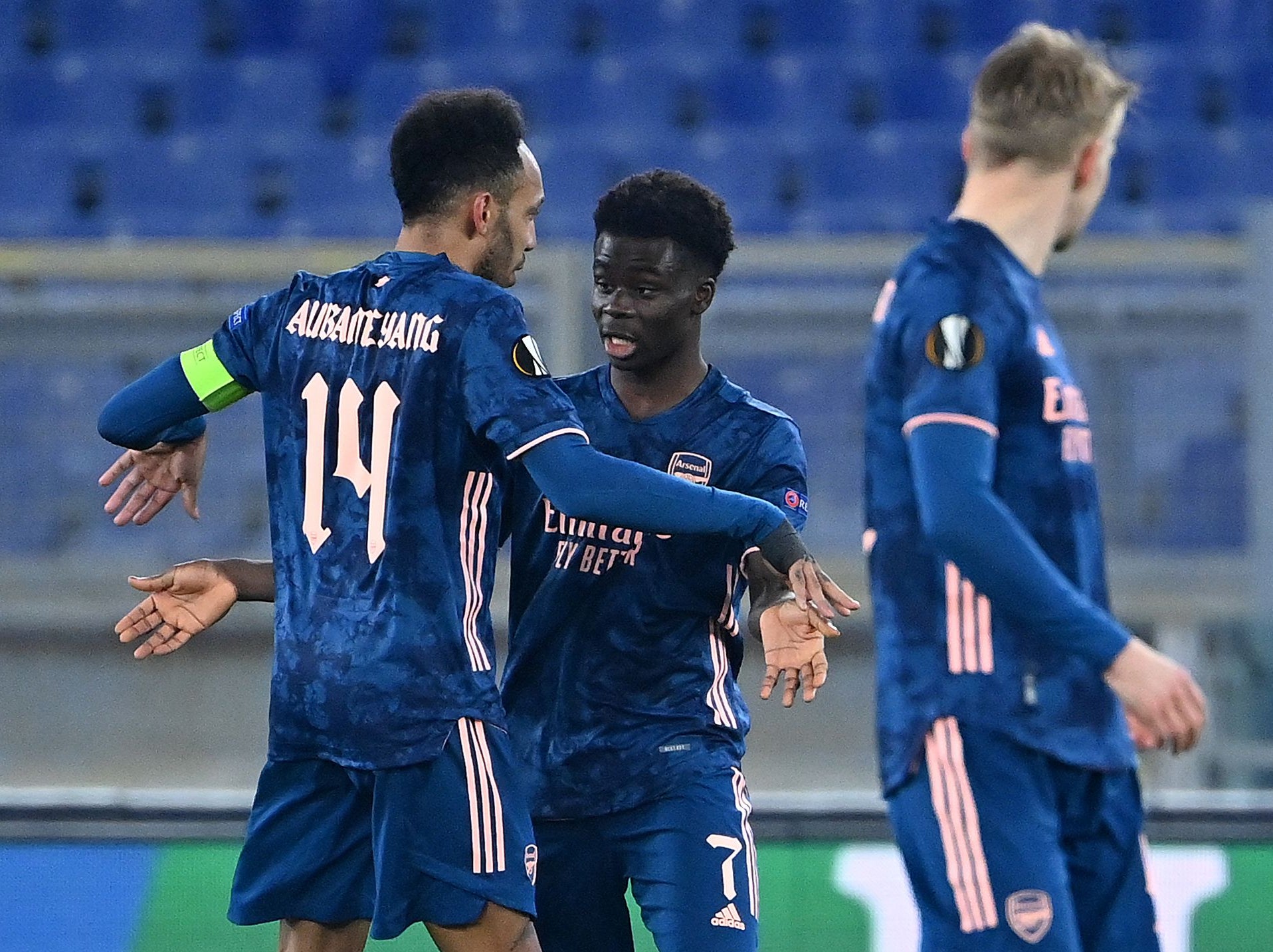 “I think he is in a great moment,” Arteta said of the England international. “He is full of confidence, he has been really important in the recent results, his form is the highest probably that it has been since I have been here and he has been really consistent.

“He needs to keep going and doing what he is doing because at the moment he is a big part of the team.”

Asked if he has to be careful with the amount being asked of the 19-year-old, Arteta replied: “I think that we have to protect him and keep the expectations where they should be. But I am not going to put a brake on his development or how much he can do week in, week out.

“We have to support him, give him the best possible advice all the time and manage his minutes so he can maintain his level.

“He has been a real threat, he is involved in a lot of goals all the time and the consistency of his performances makes him a starter obviously, it is a fine balance but at the same time he is 19 years old so we have to protect him.”

Aubameyang’s profligacy in front of goal just four days after he downed Leeds with his first Premier League hat-trick could yet come back to haunt Arsenal.

They are the ‘home’ side next Thursday when the second leg takes place in Athens and Arteta felt his captain was unlucky not to replicate his scoring exploits of Sunday.

“Well, these things happen,” said Arteta. “He was on the end of the biggest chances we had tonight. He was a real threat, that’s why we played him again today against this opponent with [defensive] line that they propose all the time.

“He was unlucky, of course, not to score two or three tonight because in normal circumstances that would have been the case.”