Emile Smith Rowe has caught the eye since starring in the Boxing Day win over Chelsea, even since being shifted out to the left wing following the loan arrival of Martin Odegaard from Real Madrid. The England U21 international has a bright future ahead of him, and it is looking increasingly likely that will be spent at Arsenal.

In the absence of Mesut Ozil, Smith Rowe injected the creativity the Gunners were craving before snapping up Martin Odegaard from Real Madrid on loan.

The 20-year-old starred in the Boxing Day win over Chelsea, and has looked lively since, even after being shifted out to the left side.

In a reward for his efforts this term, Smith Rowe has opened contract talks over a new long-term deal, according to The Athletic.

JUST IN: Arteta has five starters on Arsenal team sheet with six gaps to fill 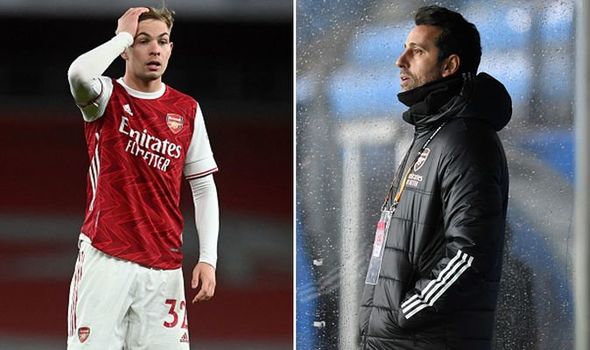 The England Under-21 international is set to enter the final two years of his current deal this summer.

And in order to secure his long-term future and drive his transfer value up, the Gunners are set to offer Smith Rowe a bumper new deal, having done the same with Bukayo Saka last year after he burst onto the scene.

That’s not to say Arsenal director and transfer chief Edu won’t target a new no. 10 this summer though, with Odegaard still very much a target if Real are open to selling him permanently.

The Gunners transfer business hinges heavily on their Europa League campaign, and whether they get past Villarreal in the semi-finals, with the first leg taking place on Thursday in Spain. 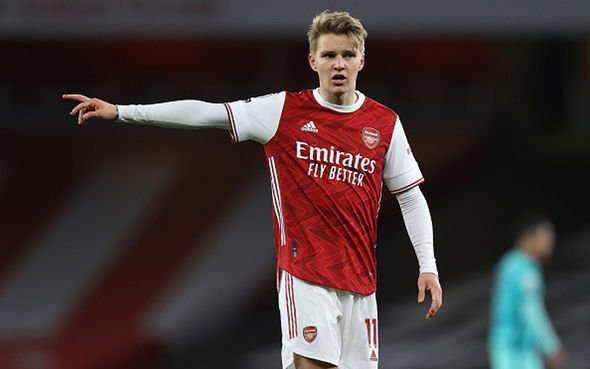 But Arsenal are set to free up much of their wage budget with that 90 per cent contribution to Mesut Ozil’s £350,000-a-week salary expiring at the end of June, while David Luiz is also due to leave on a free.

Graeme Souness compared Smith Rowe to Paul Scholes recently, insisting that his wonderful vision was similar to that of the Manchester United legend.

He said on Sky Sports: “I do like him, he’s got wonderful technique, pops it off first time, sees the picture.

“I don’t like midfield players – not naming any because there’s plenty around – that receive the ball and have to have two or three touches before they get their head up.

“[Smith Rowe] sees the picture early. I’m not saying this boy is like Paul Scholes but Paul Scholes was one of those players who had a picture in his head, whenever the ball was threatening to come near him he knew what he was going to do with it.

“[Smith Rowe] does it. Pops it off first time, moves, he’s silky, and he works his socks off. I think he’s got a big future.”