Mesut Ozil is still a “‘world class” player and has a lot more to offer to Arsenal despite being froezn out by manager Mikel Arteta. That is according to Crystal Palace ace Andros Townsend, who has faced Ozil many times in the Premier League and still believes in his talent.

The attacking midfielder hasn’t played for the Gunners ever since March following a string of underwhelming performances.

However, Townsend believes the 31-year-old has been unlucky because Arsenal’s tactics no longer suit him as he needs two defensive midfielders to cover for him.

Ozil has been linked with a departure from the Emirates after no longer being part of Arteta’s plans but the Crystal Palace ace is adamant he deserves another chance.

The Crystal Palace ace told talkSPORT: “The thing with Ozil is in this country we’re so obsessed with midfielders tracking back, working hard, getting the tackles in, but Mesut Ozil has never been that player. 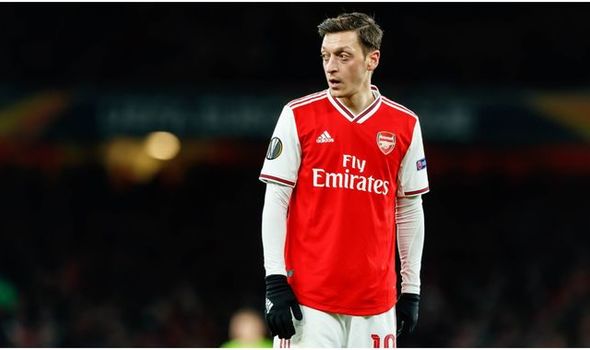 “When he was at Real Madrid, when he was shining, when he first came to Arsenal, he was always around the final third.

“He had midfielders behind him that did the doggy work and he just basically did what he was good at, which was getting in the pockets, getting on the ball and setting up chances and goals.

“I think if anyone is going to sign Mesut Ozil, they know what they’re getting.

“They know they need to put two midfielders behind him who are going to work hard for him so they can allow him to get on the ball and do what he does best.

“I think everyone knows what Arteta is like, he’s obviously learned from [Pep] Guardiola, and Guardiola demands the most out of his players – every single one of them.

“So it’s unfortunate for Mesut Ozil because he’s still got a lot to offer. He’s still a world class player.

“If you get him the right manager who will play to his strengths, let him have freedom in the final third, he can still create a lot of chances, he can still be a the top player that he is.

“Arsenal are going in a different direction and unfortunately he’s not part of that.” 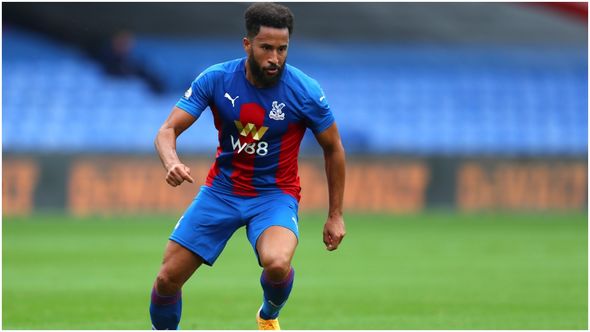 Ozil has one year left on his £350,000-a-week deal but has made it clear that he intends to see out his contract at the Emirates.

The German has recorded a total of 44 goals and 77 assists in 254 appearances across all competitions ever since joining Arsenal from Real Madrid in 2013.

Ozil said a month ago: “My position is clear. I’m here through to the last day of our agreement and I’ll give everything I have for this club.

“I’ll decide when I go, not other people. I didn’t sign for two or three years, I signed for four and that should be respected by everyone.

“Things have obviously been difficult but I love Arsenal, I love to work there, I love the people in the club – the real people, those I’ve been with for a long time – and I love London, it’s my home.

“Whatever happened in the last two seasons, I’m happy and very strong mentally.

“I never give up on anything. I want to help my team and I’ll fight for it. If I’m fit, I know what I can do on the pitch.”

Zinedine Zidane's Real Madrid revolution can be crowned with the title