Arsenal have still been active in the summer transfer market despite only spending money on one player, and are willing to fork out to sign Celtic striker Odsonne Edouard. That’s according to transfer expert Ian McGarry, who claimed on the Transfer Window Podcast that Celtic were willing to sell.

Arsenal have been fairly quiet in the summer transfer window so far.

They’ve secured deals to sign Willian and Gabriel Magalhaes, getting the former for free and the latter for £6million.

Perhaps their most important bit of business is still to come, with club captain Pierre-Emerick Aubameyang set to ink a long-term contract extension.

And according to McGarry, Arsenal are keen to continue adding attacking options for Mikel Arteta to have at his disposal next season. 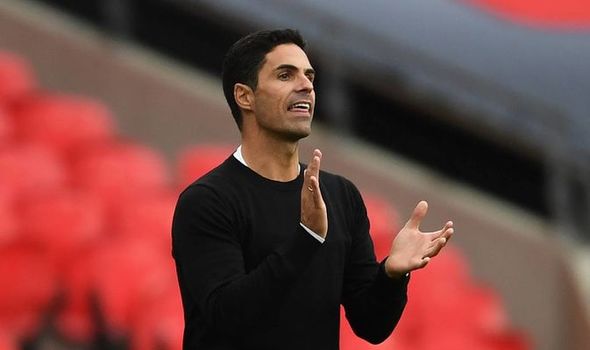 Edouard has apparently emerged as a high priority target for the Gunners, and they are apparently ready to spend €25m [£22m] to sign him from Celtic.

The young striker was signed by the Scottish champions as a replacement for Moussa Dembele following his move to Lyon, and has flourished in recent years.

He bagged 21 goals in 27 Scottish Premiership games, as well as 12 assists.

And his form has garnered him attention from the Premier League, with Aston Villa also said to be keen. Manchester United also had him on their shortlist during the January window as they hunted for a new striker, but they stopped short of making a bid.

Celtic appear to be ready to let him go, and were previously looking at Peterborough striker Ivan Toney as a replacement.

However, the League 1 Player of the Year chose to sign for Brentford, forcing Celtic to look at other options.

Speaking to the Transfer Window Podcast, McGarry revealed that Celtic are willing to listen to bids for their key man, provided they meet their asking price.

He said: “Arsenal have been active in terms of sussing out the market without actually spending so much money to date.

“However, we understand Odsonne Edouard is of great interest to the Gunners, and they’re willing to pay around €25million for the Celtic striker, who didn’t feature in their last two games interestingly.

“It’s our understanding that Celtic are very much willing to sell, and are looking for a buyer.

“Pierre-Emerick Aubameyang’s contract is still being negotiated in terms of an extension, and Alexandre Lacazette’s future at the Emirates is still in doubt.

“Edouard, at 22, with 28 goals last season, someone who can score with his left or right foot, inside or outside the box, he’s in the mould of Moussa Dembele, who made a successful move from Celtic to Lyon before Edouard joined.

“West Ham and Aston Villa are also interested, but you’d imagine Arsenal would be his preferred destination should he leave Celtic Park.”

Gareth Bale could stay longer at Tottenham after Real Madrid failed to respect him, says agent