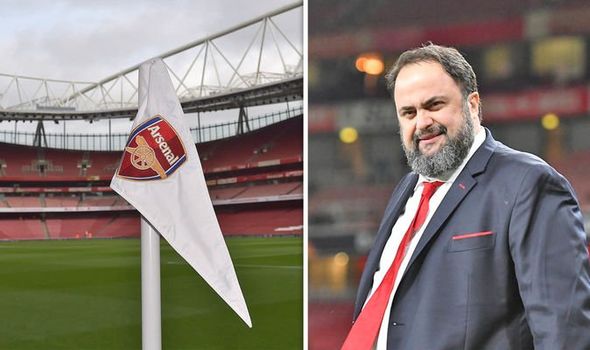 Arsenal have released a statement after Olympiakos and Nottingham Forest owner Evangelos Marinakis tested positive for coronavirus. Marinakis was in attendance at the Emirates Stadium when the Greek Super League outfit dumped the Gunners out of the Europa League.

Arsenal are confident staff and players have not affected despite the businessman coming into contact with club officials.

The Gunners personnel have not reported any symptoms, however, and safety procedures have been stepped up at the stadium and training ground.

Arsenal issued a statement today insisting that they are confident that no infection was passed on: “Our home match with Olympiakos in the Europa League was played on Thursday 27th February and none of our staff who came into contact with him on that matchday have reported any symptoms since.

“We continue to follow strict protocols with regard to Coronavirus. We’re following the Government health guidelines and have additional procedures in place to protect our players and staff. 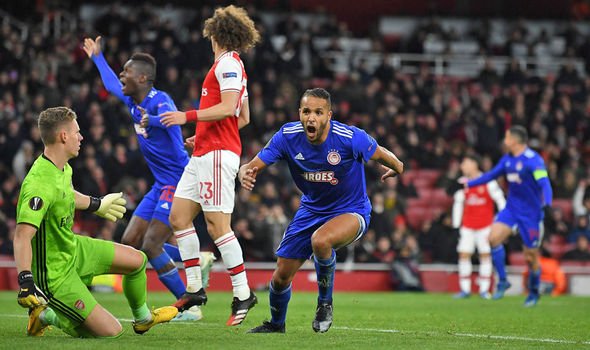 “This has included regular deep cleaning of areas used by players at Emirates Stadium and our training centre.”

Olympiakos players are now being sent for tests to see if they have coronavirus.

Thursday’s last-16 Europa League tie with Wolves on – already behind closed doors – could be in jeopardy as a result.

There are also concerns at Nottingham Forest about players and staff due to Marinakis being in attendance at the City Ground for last Friday’s Championship defeat to Millwall. 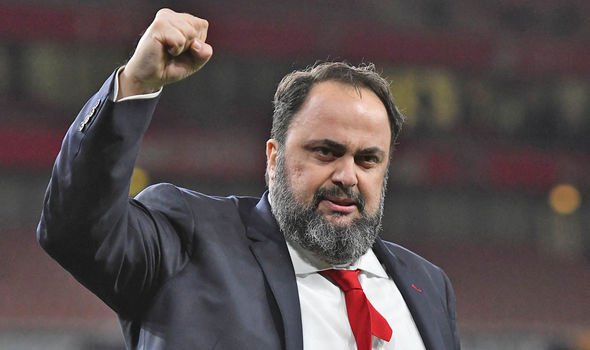 He is believed to have shaken hands with Forest’s players ahead of their game with Millwall last Friday.

Confirming his positive test for coronavirus, Marinakis said: “The recent virus has visited me and I felt obliged to let the public know.

“I feel good as I take all the necessary measures and I discipline to the doctors’ instructions.

“I strongly advise all my fellow citizens to do the same. I wish all a quick recovery.”