Arsenal centre-back David Luiz must ensure he is alert to Olivier Giroud’s runs and that he beats the Chelsea striker to everything in the air in this evening’s FA Cup final. That’s the instruction from Martin Keown.

The Gunners go head-to-head with their London rivals in a repeat of the 2017 final at Wembley tonight (5.30pm).

Chelsea are the favourites on paper after clinching a Champions League spot last weekend, with Arsenal having finished eighth – their lowest final position since 1994-95.

Frank Lampard’s side beat Arsenal at the Emirates and drew with their rivals at Stamford Bridge in the league this term.

One difference in this meeting though is that Giroud is expected to lead the line over Tammy Abraham, who has lost his place to his French team-mate of late. 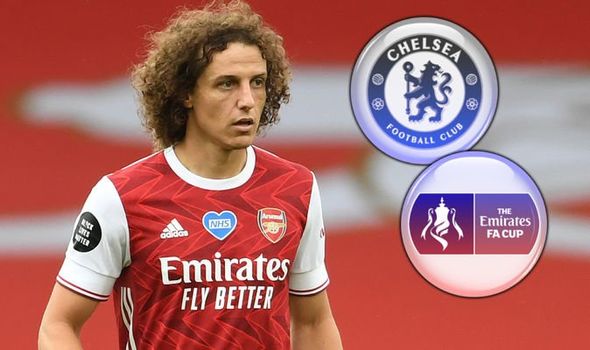 Giroud has 10 goals from 23 appearances this season and scored five times in Chelsea’s final six top-flight matches of the campaign.

The 33-year-old is already a four-time FA Cup winner having won the competition three times with Arsenal.

But he is looking to haunt the north London outfit in yet another cup final, having scored the opening goal in Chelsea’s 4-1 Europa League hammering of Arsenal a year ago.

The two teams, then managed by Maurizio Sarri and Unai Emery, met in Baku but Arsenal’s back-line were bullied by Giroud, who got in front of Laurent Koscielny to score a header.

Arsenal centre-back Luiz was a team-mate of Giroud’s in Azerbaijan but will go head-to-head with him on this occasion and former centre-back Keown has specific advice for the Brazilian. 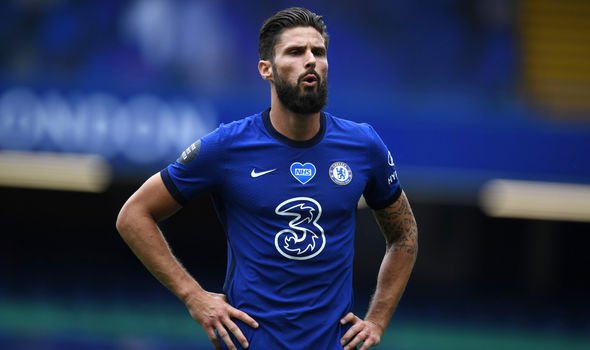 He wrote for the Daily Mail: “Today will see Olivier Giroud against David Luiz — the former Arsenal striker against the former Chelsea defender.

“Giroud got the better of Victor Lindelof in the semi-final by getting in front of the United man to score from Cesar Azpilicueta’s cross.

“Arsenal cannot allow that to happen today. Only Manchester City and Liverpool produced more crosses in the Premier League in 2019-20 so Luiz and co need to make sure they boss any aerial situations.

“Getting his head on the end of a cross was how Giroud opened the scoring against Arsenal in last year’s Europa League final.”

Keown thinks that Arsenal boss Mikel Arteta must line up with a back three to help quell Chelsea’s attacking threat.

“Lampard will have done his homework and studied how Arteta went with four at the back against Watford on Sunday,” the former Gunners defender continued.

“One quirk of this saw Granit Xhaka drop into defence with Luiz and Rob Holding whenever left back Kieran Tierney moved down the wing.

“At times you couldn’t tell whether Xhaka was a defender or midfielder. This is clearly something Arteta wanted to try in their last match before the Cup final. 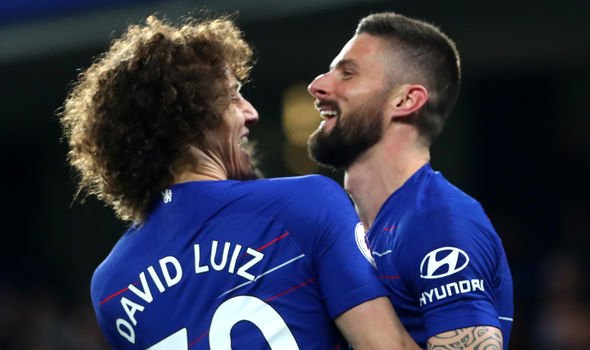 “But it created too much confusion and uncertainty and even though Arsenal took an early 3-0 lead, they didn’t look entirely comfortable and Watford almost got back into the game.

“Three at the back feels like a more settled set-up for Arsenal, especially as Luiz benefits from having defenders either side of him.”

The player-turned-pundit added: “Both Arteta and Lampard have big decisions to make. Ainsley Maitland-Niles started at left wing back in Arsenal’s semi-final with Tierney as a left-sided centre-back.

“Maitland-Niles shores you up defensively but if Arteta opts for 3-4-3 again, I’d prefer to see Bukayo Saka at left wing back, leaving [Pierre-Emerick] Aubameyang, Alexandre Lacazette and [Nicolas] Pepe as Arsenal’s front three.

“I also expect Chelsea, who may see N’Golo Kante return, to play 3-4-3. Lampard might consider using Mason Mount in midfield. That way he gets to start Mount as well as Willian, Giroud and Christian Pulisic in attack.”

Black Lives Matter: All 22 Aston Villa and Sheffield United players take a knee at kick off