Arsenal captain Pierre-Emerick Aubameyang sent a classy goodbye message to Henrikh Mkhitaryan after it was confirmed he had made a permanent move to Roma.

Aubameyang and Mkhitaryan were team-mates at Borussia Dortmund before they both ended up joining Arsenal in January 2018.

And in their first match together for Arsenal, Aubameyang scored thanks to an assist from Mkhitaryan.

But despite the promising start to their time at the Emirates, Mkhitaryan’s confidence dipped under Unai Emery in the 2018/19 season.

It led to Mkhitaryan being sent on loan to Roma last season where he recaptured some of the form which made him one of Europe’s best playmakers. 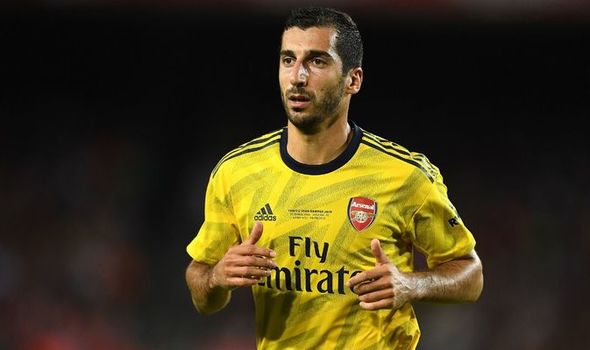 And following the success of the loan, Arsenal announced on Monday Mkhitaryan had made his move permanent after his contract at the Emirates was terminated.

Aubameyang still remains at Arsenal and is in his own contractual saga.

But he took time to salute his ‘brother’ in a post on Instagram, saying: “Wish you the best mon frero.” 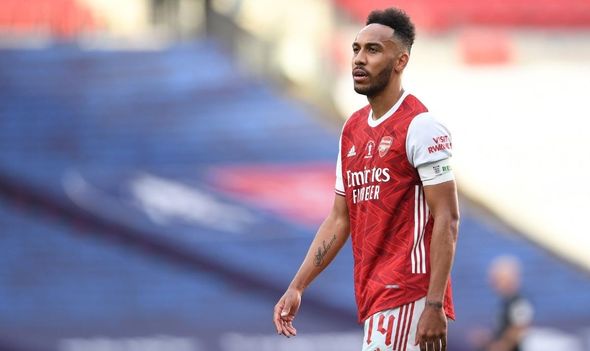 Meanwhile, Reiss Nelson has explained how a snub from Arsene Wenger three years led him to taking the first penalty in the Community Shield shoot-out win over Liverpool.

Nelson came on as a late substitute and had the unenviable task of being the first Arsenal player to step up against Liverpool’s Alisson but he confidently dispatched it.

It set the tone for Arsenal to score all five of their spot kicks to help them beat Liverpool and Nelson says Wenger’s decision not to let him take a penalty in the 2017 win over Chelsea drove him to step forward this time around.

“I really wanted to take a penalty but I think I was 17 at the time and the boss didn’t let me take it, so I said to myself if I ever get the opportunity to take one again then I’ll be the first one and I’ll be confident and just pick a spot and pick it,” he told Arsenal.com.

“I got an opportunity, went to Mikel and said I’ll take it, then I was brave and he let me take it.

“It was a bit weird because the walk is so long, but as I got to the goal it seemed fairly big, so I thought let me just hit it, hit a spot and hope for the best. It went in!

“It’s a big confidence boost and to start a season like that is very big for all the young players. It’s amazing that we’ve got another trophy and now we need to keep it going throughout the season.

“For me it’s about getting myself in the starting XI. The boss has made a lot of changes and brought a lot of top players into the team and I feel like that can only help us, but I want to fight for my position, be hungry and get a spot in that starting XI.”