Swedish billionaire Daniel Ek is set to launch a takeover bid for Arsenal with the help of Thierry Henry, Dennis Bergkamp and Patrick Vieira.

On Friday, Ek tweeted: “As a kid growing up, I’ve cheered for @Arsenal as long as I can remember. If KSE would like to sell Arsenal I’d be happy to throw my hat in the ring.”

Ek is worth £3.38bn (€4.7bn) according to Forbes and was named the most influential person in the music business by American magazine Billboard in 2017.

As a kid growing up, I’ve cheered for @Arsenal as long as I can remember. If KSE would like to sell Arsenal I'd be happy to throw my hat in the ring.

At this stage, it is not known how much the 38-year-old is willing to bid for Arsenal.

However, Arsenal director Josh Kroenke has told fans that his family has no intention of selling the club.

Speaking last week at a fans’ forum following the collapse of the European Super League venture, Kroenke said the club was not for sale but that they would work harder to engage with fans more effectively in the future. 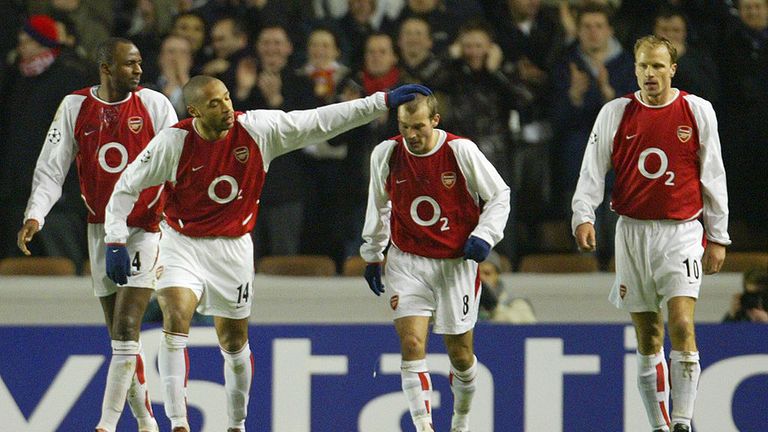 Henry: I don’t recognise my Arsenal

“I do not recognise my club and what happened just now, with them trying to join a league that would have been closed, makes no sense to me,” Henry told the Telegraph.

“They have been running the club like a company, not a football club, and they showed their hand.

“Maybe it’s a lack of understanding of the core football values and maybe the money was too big of a temptation. But whatever it was, they got it wrong. Badly wrong.

“I was genuinely shocked like most people and couldn’t believe what was unfolding.

“I have never talked before, but what happened recently made me realise fans, this is your club. It is your club and I’m an Arsenal fan too.

“I’m proud of what the fans achieved. Not just Arsenal fans, all the fans. The result was a victory for football.”