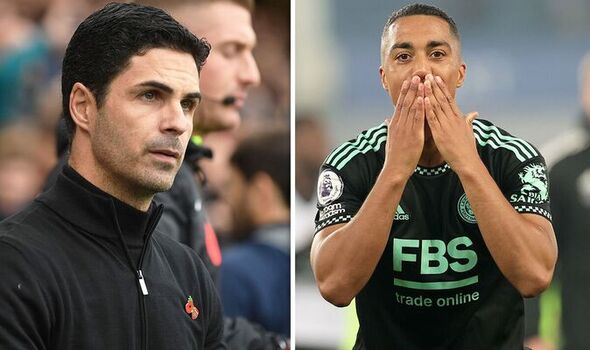 Arsenal legend Ray Parlour has tipped his old club to sign a striker in January to provide more backup to Gabriel Jesus. A central midfielder and winger are on Mikel Arteta’s radar but Parlour suggests more firepower down the middle is needed to boost the Gunners’ Premier League title chances.

Arsenal sit top of the table, 13 games into the season. They know they will be top at Christmas if they beat Wolves this Saturday evening.

Arteta has largely selected the same crop of players in league matches so far this season. But January will provide an opportunity for him to add more depth to his squad.

Parlour would like to see Leicester star Youri Tielemans be brought in to bolster the midfield. Tielemans has been linked with a move to the Emirates throughout 2022 and is out of contract at Leicester at the end of the season.

But Parlour also thinks signing a new striker should be on Arteta’s agenda. He told talkSPORT: “January will be important for a lot of clubs, we all know that transfer window.

“There might be a bit of money there for Mikel Arteta to say, ‘Right, we need another midfielder’. We need a Tielemans, like when they tried to get him before.

“Or they need a backup striker in case Gabriel Jesus gets injured. I know they’ve got Eddie Nketiah but sometimes you need the extra striker who’s going to get you the goals to win the league.”

Jesus has failed to score for Arsenal in his last nine appearances. Nketiah, meanwhile, has not scored in each of his previous eight outings.

Meanwhile, Parlour has been seriously impressed by Arteta’s management at Arsenal. He says how the Spaniard has cleared the squad with a number of high-profile departures has led to the success he is now enjoying.

Parlour added: “All I can say about Arsenal is I’m enjoying it, it’s great to watch. Every single fan I’ve spoken to is saying it’s great, it’s fantastic.

“And a lot of people were questioning Arteta and whether he was doing the right thing. They were massive decisions he made about [Mesut] Ozil, [Sead] Kolasinac, [Shkodran] Mustafi. That was his first job he had to do and he did it very well.

“Now he’s got a team that are all pulling together, everyone’s going the same way. You can see certain players have upped their game as well.