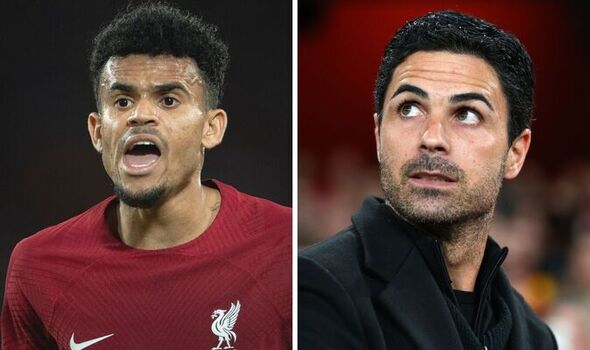 Former Arsenal Premier League winner Ray Parlour believes the Gunners have their own Luiz Diaz who may even be better that the Colombian in the form of Fabio Vieira. The Portuguese summer export has now made his mark at the Emirates Stadium after a patient start due to a foot injury sustained shortly after signing.

The playmaker cost Arsenal £34million and so far, he has shown exactly why Mikel Arteta and Edu moved to secure a deal despite little involvement.

Vieira hit a stunner on his first Premier League start against Brentford before striking again on Thursday night in the 3-0 victory over Bodo/Glimt.

Parlour believes Vieira can have a similar impact to his former Porto team-mate Diaz at the Emirates as he prepares to lock horns with his old friend.

“I saw him in pre-season, he looked good but then he had an injury and then he started getting back up to speed,” he explained. 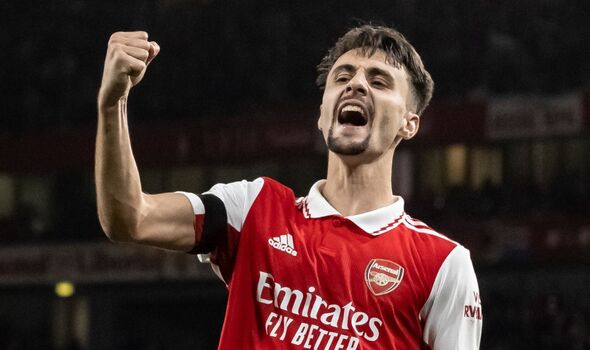 “He’s technically gifted. I met a guy coming back from Portugal and he was sat next to me and he was a big Porto fan and he said ‘you’ve got some player there, Vieira’.

“He’s probably just as good as Luis Diaz, or even better!”

The 22-year-old caught the eye at Porto last season where he struck six goals and registered 14 assists in the Primeira Liga.

However, Liverpool fans will argue he has some way to go before he reaches the level of Luis Diaz, who has taken to the Premier League like a duck to water.

The Colombian has seven goals to his name in 20 top-flight appearances and helped Liverpool win both the League Cup and FA Cup last season in his first few months at Anfield.

Despite an eye-catching display against Bodo/Glimt, Arteta is still demanding more from Vieira, who he wants to sharpen the defensive side of his game.

“Yes, you saw the quality,” Arteta said of the attacking midfielder, who rounded off another fine evening for the Gunners with their third goal against the Norwegians.

“Every time he’s around the box, he’s a real threat, a really intelligent player and brave.

“In defending, he still needs to do more and understand it more because organisation is key when you play against good teams in ball possession.”

Arsenal will fancy their chances against an inconsistent Liverpool side as they head into the meeting top of the Premier League table.

The Gunners were beaten in all four meetings against the Reds last season and failed to score a goal in the process.

However, Arteta’s side are now a different animal, following another successful summer of transfers in north London, having won seven of their opening eight league matches.

Chelsea vs Liverpool prediction: How will Premier League fixture play out today?