All or Nothing Arsenal: Mikel Arteta delivers dressing room speech

Former Arsenal striker Kevin Campbell has told the Gunners where they need to improve next in the transfer window in order to become more like Liverpool and Manchester City. Mikel Arteta’s side have brought in Gabriel Jesus, Oleksandr Zinchenko, Fabio Vieira, Matt Turner and Marquinhos this summer, but Campbell believes their sixth signing could be a vital one.

“We need another forward,” Campbell told Football Insider. “I would sign a versatile forward who can play across the front line. This is where Liverpool and Man City have got it right in my opinion. They have interchangeable pieces up top.

“If [Mohamed] Salah, [Luis] Diaz and [Darwin] Nunez don’t play, you have [Diogo] Jota, [Roberto] Firmino and Harvey Elliott. There is interchangeable pieces. They have those options even after [Sadio] Mane has gone.”

Arsenal have been linked with several versatile forwards this summer and they attempted to sign former Leeds United winger Raphinha but his preference was to complete a move to Barcelona. The Gunners have also been credited with an interest in PSV’s Cody Gakpo as the 23-year-old would cost Arsenal between £33.5m and £38m.

JUST IN: Newcastle ‘in Chelsea talks’ over Timo Werner loan 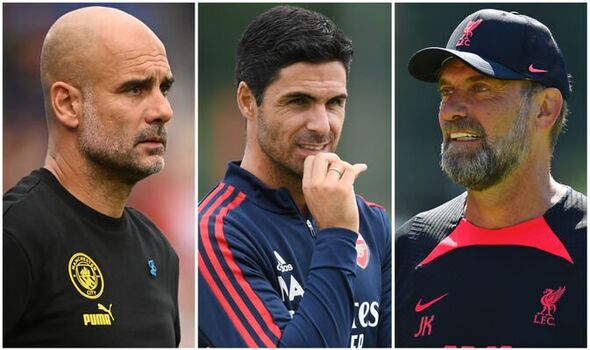 Arteta is expected to line up with a front three of Jesus, Bukayo Saka and Gabriel Martinelli away to Crystal Palace on the opening night of the Premier League season on Friday, but do have further options in reserve. Eddie Nketiah ended the previous season as the first-choice striker but may have fallen down the pecking order following the addition of Jesus, though there have been talks that the two forwards could play together.

Emile Smith Rowe played predominantly on the left flank last season and scored ten league goals in 21 starts, while Nicolas Pepe and Reiss Nelson are still on the books and new signing Marquinhos could also make an impact. Arteta has admitted that he is hoping for more additions before the end of the window.

“We are still hoping to do something else if the market allows. You have seen some movement in the last few days as well,” Arteta said. “We want to get the perfect balance and the plan we wanted from the beginning. Whether we accomplish that or not is another story.” 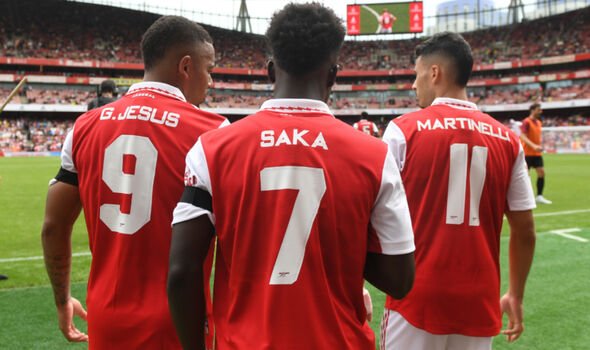 Technical director Edu revealed that the players that have been brought in this summer have required the right mentality and not just their ability on the pitch. “I think we’ve added some more players with that kind of character,” Edu told football.london.

“Talk to Gabriel, talk to Zinchenko, talk to Fabio. [Points to head] Here is the win. Ah, Champions League, ok – I accepted that, because I want to be realistic. But here [head], I want to win. A club like Arsenal, at our size, is not building to be fighting for fourth place.

“I’m sorry. We have to [be] realistic, there’s [Manchester] City, Liverpool etc, that’s fine, I accept that. But also, you can not accept that. Here, when you join this club, when you see our size, we cannot accept it.”