Former Arsenal striker Kevin Campbell has backed Mikel Arteta to beat Manchester United and Newcastle United to the signing of Ivan Toney and revealed a possible change of plan for Gabriel Jesus’ role. The Gunners are set to confirm their fifth deal of the window in Oleksandr Zinchenko from Manchester City and have been told to spend on another Premier League talent.

Both Manchester United and Newcastle United have been linked with a move for Brentford striker Toney, who scored 12 goals and registered five assists in his first full Premier League season with the Bees. Thomas Frank’s side have reportedly slapped a £40million price tag on their talisman, but Campbell believes that Arsenal should deliver a blow to two Premier League rivals by moving for the English striker.

“I’ll be honest, I am surprised Arsenal are not looking at Toney,” Campbell told Football Insider. “I really am surprised because he would be a great alternative. You could put Jesus wide and have Toney play through the middle at times. He could be the target man.

“Away from home that would work well. Or in games at home when teams sit back he would be useful. A lot of teams are looking at alternative strikers and there is not many like Toney. He is going to go for a premium.” 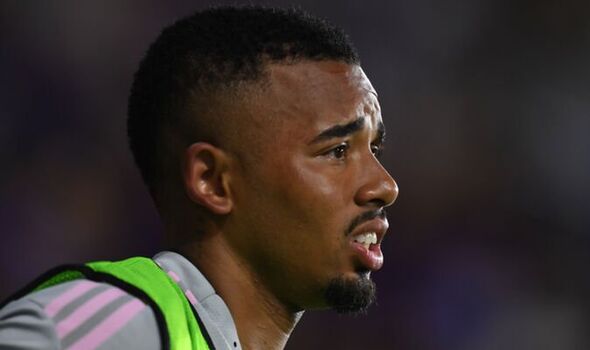 Brentford reportedly have no intention of selling Toney but have been open to letting their star players leave for the right fee in the past as Ollie Watkins, Saido Benrahma and Neal Maupay have all previously been allowed to leave the club.

Erik ten Hag may be looking for a striker to fill the boots of Cristiano Ronaldo, who has asked United to consider serious offers for the Portuguese legend. Newcastle, meanwhile, also remain interested despite having both Callum Wilson and Chris Wood at the club, having seen deals for Hugo Ekitike and Alexander Isak both collapse. Campbell, however, has urged Arsenal to gazump both teams and alter Jesus’ role at the Emirates. 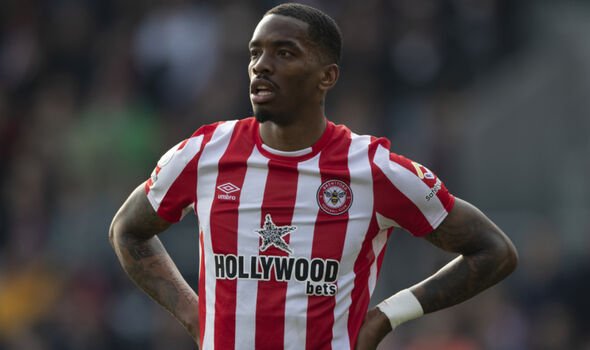 Jesus has often played on the right-hand side of attack for both Manchester City and Brazil, something which Arteta may utilise with the possible addition of Toney or Eddie Nketiah. The Spanish coach briefly used both Jesus and Nketiah together during their pre-season friendly with Orlando City and admitted he wanted to grow the relationship between the two forwards.

“We want to build those relationships,” Arteta said. “They haven’t played a lot of minutes together yet. The same with Martin [Odegaard] and Gabi, for example, and we have to start to do that.

“We obviously do it in training, but to put it in practice in matches, it’s important, and you can see that they are finding themselves with good timing, and it’s important because there are two players with a big goal threat.”

DANNY MURPHY: England have grown as a team