Arsenal could have midfielder Thomas Partey available again, but Gabriel Martinelli is out; Gary Cahill is fit to feature for the visitors; follow Arsenal vs Crystal Palace on Sky Sports Premier League and Main Event from 7.30pm on Thursday; kick-off 8pm 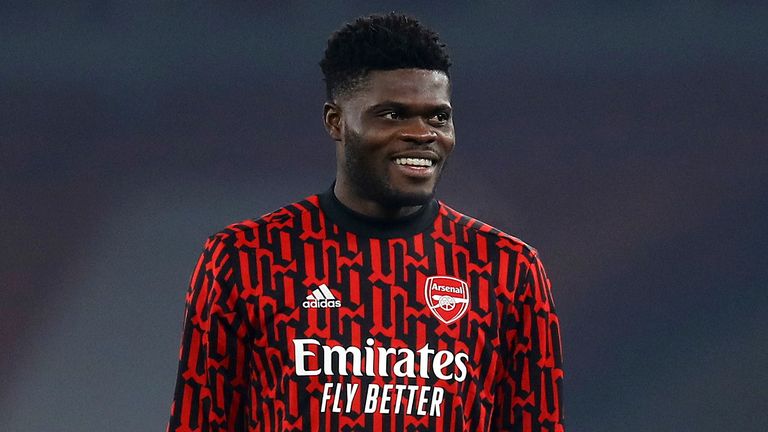 Team news and stats ahead of Arsenal vs Crystal Palace in the Premier League on Thursday, live on Sky Sports; kick-off 8pm.

Arsenal are set to boosted by the return of midfielder Thomas Partey, who is available again after a month out with a thigh problem.

Defender Gabriel could also be back for the Gunners after a period of self-isolation with mild coronavirus symptoms.

Meanwhile, Gabriel Martinelli, who injured his ankle in the warm-up ahead of Saturday’s FA Cup tie with Newcastle, will miss out, but Arsenal are hoping he will return to full training in the next few days.

Crystal Palace will be without defender Mamadou Sakho, who picked up a thigh strain in Friday’s FA Cup defeat at Wolves.

However, Roy Hodgson’s defence will be boosted by the return of Gary Cahill, who is available again after a hamstring problem.

Barcelona have made Neymar transfer ‘mistake’ because of Antoine Griezmann