Arsenal Women 2-2 Ajax: Jonas Eidevall’s side are held at home having led the Dutch giants with the Gunners left fuming over controversial equaliser scored by Romee Leuchter

Arsenal’s place in the Champions League group stage remains in the balance after Ajax claimed an unlikely 2-2 draw in the first leg of their second-round qualifying game.

The Gunners had come from behind to lead 2-1 after a Stina Blackstenius strike and Kim Little penalty had cancelled out Romee Leuchter’s early goal. But Leuchter pulled the Dutch side level in the 83rd minute to swing the tie back in their favour.

Though away goals do not count, Arsenal have it all to do in the return leg in Amsterdam next week. Ajax were the underdogs going into this tie but caused the Gunners several problems in defence and showed they are more than capable of coming out on top on their own turf. 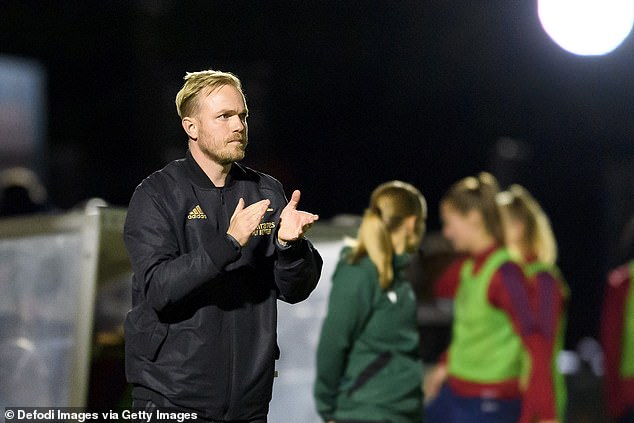 Jonas Eidevall named 15-year-old’s Madison Earl and Katie Reid on the bench but a tight affair meant neither youngster was able to follow in the footsteps of Ethan Nwaneri by making their professional debuts.

Ajax were not here to rollover and despite being the underdogs, they were the stronger team in the opening stages. A fierce Victoria Pelova shot from the edge of the box forced Arsenal goalkeeper Manuela Zinsberger into an early save.

Ajax continued to have the better chances and in the 17th minute they took the lead. The Dutch side got in down Arsenal’s left and Chasity Grant’s cross was side-footed into the net by Leuchter. 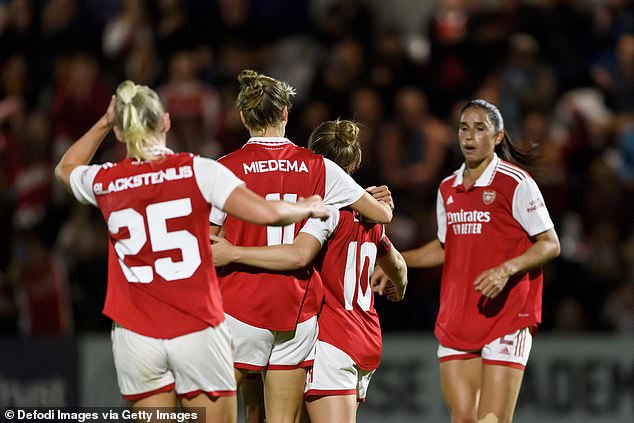 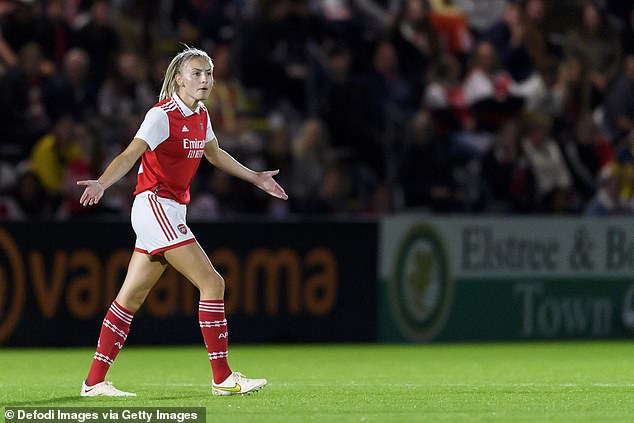 Arsenal almost found an instant response through a Beth Mead free-kick which was spilled by Ajax goalkeeper Lize Kop, but Stina Blackstenius could only send a re-bound effort wide. But the striker would not make the same mistake twice and two minutes later she fired her side level. Rafaelle’s header came back off the crossbar and Blackstenius slammed home from two-yards out.

Each team had chances to go in front before the break but neither could capitalise. First, Vivianne Miedema sent a shot wide from inside the box before Zinsberger parried a fierce long-range effort from Leuchter.

The Gunners were inches away from taking the lead straight after half-time as Steph Catley rattled a shot against the crossbar. The woodwork was in the way for Arsenal once again as Rafaelle drilled a low effort against the post. 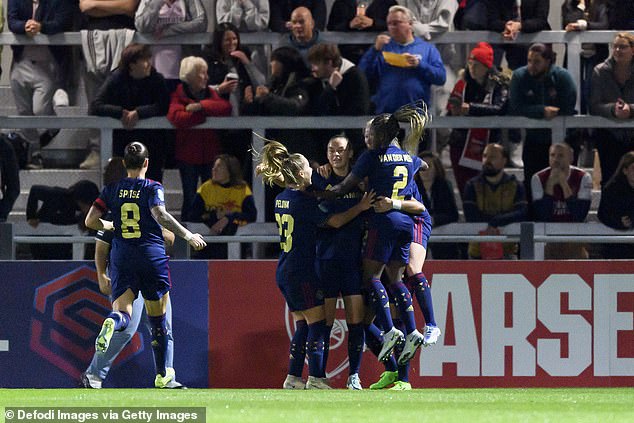 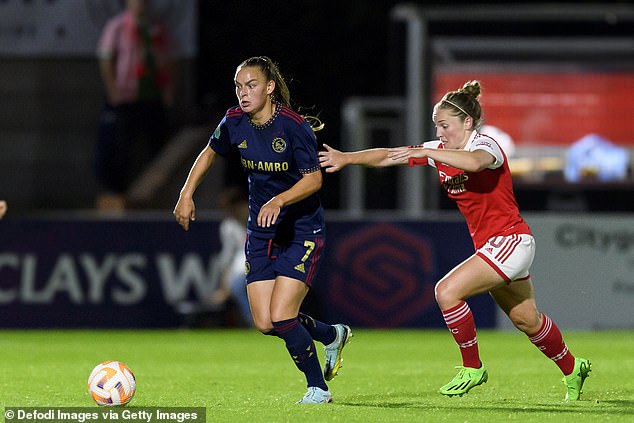 But the hosts’ pressure finally told when Isa Kardinaal brought down Mead in the box and referee Frida Nielsen awarded a penalty. Kim Little stepped up to send Kop the wrong way and give her side a 2-1 lead.

Catley almost grabbed what would have been a huge third goal when she found herself 1v1 with Kop, but the goalkeeper spread herself well to make an important save.

The Gunners were made to pay for their missed chances when a sloppy piece of defending granted Ajax an equaliser. Arsenal failed to clear their lines and a goal-mouth scramble ensued, with Leuchter stabbing the ball home at the back post.

Katie McCabe thought she had restored Arsenal’s lead when she fired a shot into the top corner but the winger was flagged offside.

Ajax stood firm during six minutes of injury time earn a well-earned draw which will no doubt give them huge confidence going into next week’s match. 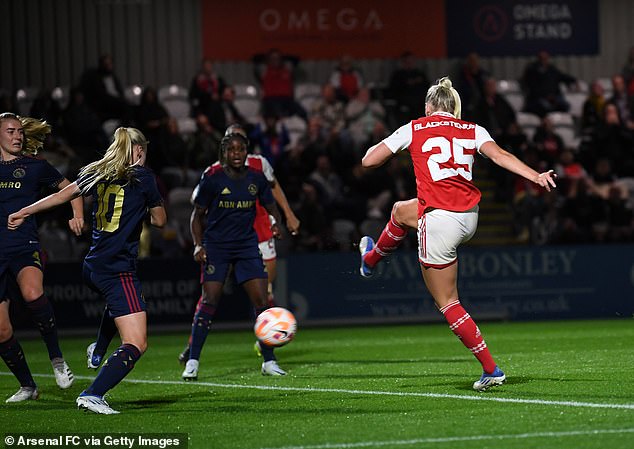 Burnley vs Arsenal live stream: How to watch Premier League fixture online and on TV today

'Give the kid a break': Keane jumps to benched Sancho's defence