Arsenal are keen to offload Lucas Torreira this summer as Mikel Arteta plots a squad overhaul at the Emirates, but the Gunners are yet to receive any bids for him. According to Sky Sports, the Gunners have been told they need to decide whether they want to keep Torreira at the club.

Arsenal are set to offload numerous fringe level players this summer in a bid to fund any incoming transfer activity.

They’ve already forked out for Gabriel Magalhaes, signing the centre-back for £26million from Lille.

And despite having brought Willian in on a free transfer from Chelsea, they are set to continue spending to strengthen their side.

Henrikh Mkhitaryan was allowed to leave for nothing, signing for Roma after Gunners chiefs took the decision to get his wages off their books.

JUST IN: Alexis Sanchez tears into Man Utd and admits he demanded Arsenal return in rant 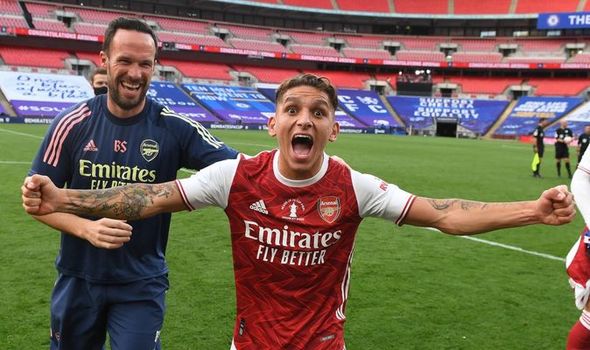 Konstantinos Mavropanos was sent to Stuttgart on loan, though his chances of breaking into the first team upon his return are small.

Torreira appears to be another player on his way out of the Emirates, after falling out of favour under Arteta.

The defensive midfielder could be replaced by Thomas Partey this summer, but Arsenal will need to sell before they can make a move for the Atletico Madrid ace.

And according to Sky Sports’ Dharmesh Sheth, Arteta has been told to make a decision over whether he wants to keep the Uruguayan at the club next season or not.

Speaking to The Transfer Show, he explained that Italian clubs Fiorentina and Torino are both interested, but no bids have been made yet.

“I’ve been in contact with Sky Italy journalist Gianluca di Marzio and he tells me Fiorentina and Torino are interested in Torreira.

“His agent, however, has said there are no official offers on the table but has been quoted as saying Arsenal need to work out if they need Lucas Torreira.” 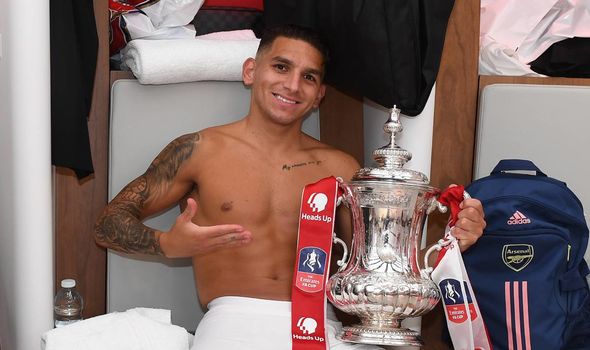 Arsenal are said to be days away from announcing the return of Dani Ceballos, after a deal was agreed with Real Madrid for the midfielder to spend another year at the Emirates.

Reports suggest that deal could impact Torreira’s future, and that they will allow him to leave after the Ceballos deal is confirmed.

According to Labaro Viola, Fiorentina will sign Torreira on loan for an initial £8million, with another £16m to be paid to make the move permanent at the end of the season.

Fellow midfielders Matteo Guendouzi and Mohamed Elneny are both reportedly up for sale in order to fund a move for Partey.

At home with… Stoke duo Danny Batth and Sam Vokes