Arsenal showed their backbone to come back from a goal down to beat Everton 3-2 at the Emirates Stadium on Sunday. Matteo Guendouzi failed to make the starting XI, however, after it was revealed that he was involved in two disciplinary incidents with the Gunners during their winter break.

Mikel Arteta was forced to intervene during a training session in Dubai, when Guendouzi and an unnamed Arsenal team-mate started arguing, according to The Athletic.

Both players received dressing downs by the Gunners boss, but the midfielder was generally understood to be the main instigator in the incident.

Also during the trip to Dubai, Guendouzi had to be told off by technical director Edu.

The team were at a local live music event, and the Frenchman was believed to have gotten a little bit too excited, and ended up taking off his top, and swinging it in the air. 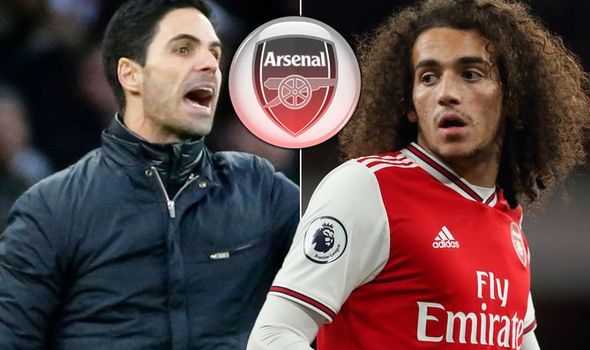 Edu was forced into reminding Guendouzi of his responsibilities when representing the club.

The technical directors intervention showed that everyone at the Emirates Stadium is behind Arteta’s new disciplinary approach.

It’s believed that any failure to represent the badge with the respect it deserves won’t be tolerated.

Arteta’s approach to culture and discipline has been linked to the Gunners’ upturn in form.

Arsenal haven’t lost a Premier League match since their 2-1 defeat to Chelsea; their only defeat since Arteta took over.

After Sunday’s win against Everton, the Gunners have now recorded back-to-back victories, following their 4-0 demolition of Newcastle United.

Arsenal’s latest three points takes them up to ninth in the league table, as they leapfrog Everton. 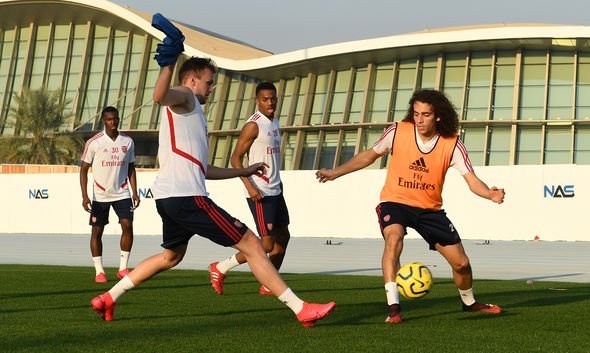 Aubameyang was largely to thank for Arsenal’s 3-2 win over the Toffees, with the Gabon international scoring twice to confirm the win.

He’s now scored 19 goals this season, and has gone joint-top of the Premier League goalscoring chart.

But, the striker has been linked with a move to Barcelona over recent weeks.

Arteta admitted after the match that he hopes to convince the 30-year-old to remain at the Emirates Stadium at the end of the season.

“Before I took over I had my questions about him but he has shown his commitment,” said Arteta.

“I wanted him to show if he wanted to do it and do it physically.

“I’m so happy with him. He is scoring important goals and as a captain he is giving a great example to everyone else with the way he is working defensively.

“He is our most important player, no doubt the impact he has in this team. We will have to convince him to stay with us.”