The pre-season preparations of Arsenal and Leicester City have been hit by Covid-19.

Sportsmail understands that the Gunners have been working to contain an outbreak at their Colney training ground, while a number of Foxes players from across the age groups are thought to be isolating.

Arsenal’s first team are in Scotland at a training camp. Those first-teamers yet to head north of the border were told to steer clear of their London base after concerns were raised last week. 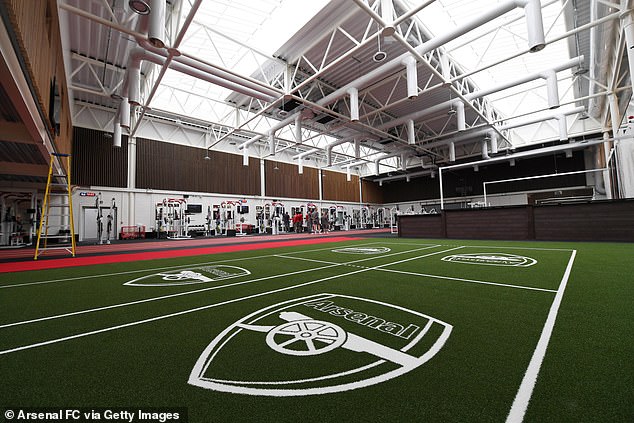 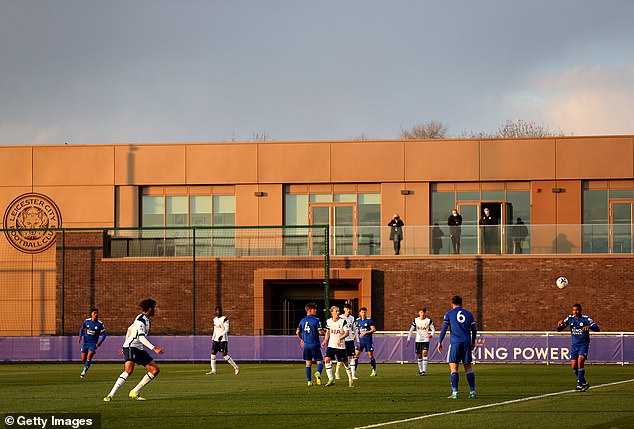 Leicester are said to have players from across the age groups isolating due to Covid-19. There is no suggestion that anyone pictured here is among those having to be in self-isolation

It is understood that the alert was triggered by what the club have described as a ‘small number’ of positive tests which sent a group of number of academy players into quarantine.

Arsenal are confident that each case was transmitted away from the training ground and those that have been infected are said to be coping well.

The Gunners have, however, postponed two friendly matches for their Under 18s and Under 23s.

They had carried out extensive work at Colney to ensure there is no cross contamination between the various bubbles and the women’s first team are continuing to train at the venue.

At Leicester, issues with players coming back from abroad have affected preparations but the club’s training ground remains open.

Sources have disclosed that top flight sides are having to deal with a logistical nightmare amid the latest spike in cases and the numbers of players coming back from summer holidays. 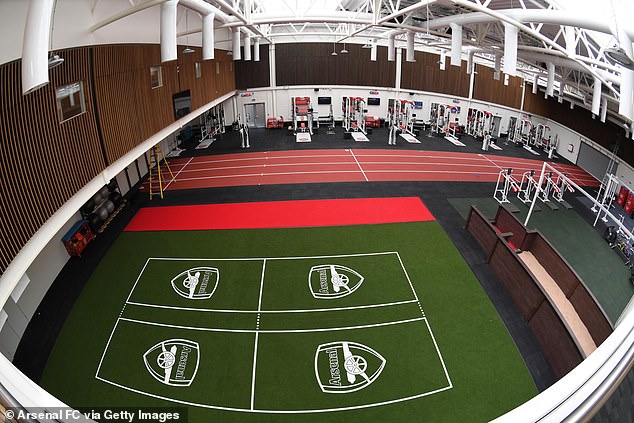 An Arsenal spokesperson said: ‘There have been a small number of positive tests at London Colney which has required some U23 and U18 players to quarantine.

‘All these positives were transmitted off site and the players are well. However, to protect our players and opponents, two friendly matches for the U23s and U18s have been cancelled.

Wolves vs Liverpool prediction: How will Premier League fixture play out tonight?