Arsene Wenger believes there is unrest between Dele Alli and Jose Mourinho, after the Tottenham man was left out of the starting line-up against Chelsea. The decision comes after the England international saw red after he was subbed off against RB Leipzig.

As Alli walked onto the substitutes bench in midweek, he threw a bottle down which bounced up, before launching his Adidas predator boots into the ground.

It was a reaction that clearly didn’t impress his manager, who decided to leave him out of his side for the must-win game at Stamford Bridge.

According to Mourinho’s former foe Arsene Wenger, there is an issue between the pair following Alli’s midweek antics.

“It looks like there is some unrest there,” Wenger told beIN Sports. 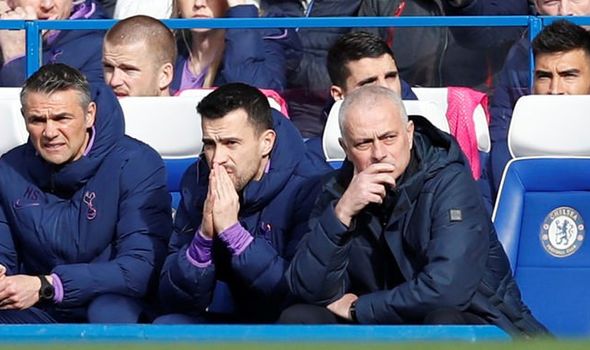 “When Dele Alli came out last time he did not like it.

“Is he punished or not? I would still think that this game is big, too big just to punish him for that.

“You can have a discussion after the game and say ‘look, I don’t tolerate that, if you do that again I will keep you out.’

“If it’s a big game, you want to sort the problem out before the game.

“He might have gone really for pace, and I’m not sure that [Steven] Bergwijn will play as a second striker.

“Maybe he will be on the flank and only play with Lucas Moura through the middle.

“That could be why Dele Alli does not play.”

Considering Tottenham are without injured duo Harry Kane and Son Heung-min, Mourinho is looking for Alli to step up to the task in their absence. 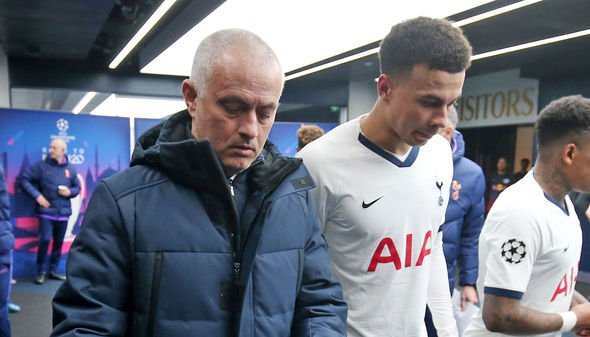 It’s clearly a sensitive subject for the former Chelsea and Manchester United boss though, who was asked about his decision before the game.

Mourinho was in a snappy mood though: “I’m not sure if you ask every Premier League manager when some player stays out if you do the same question to every one of them,” he told BT Sport.

“It looks to me that for other managers it’s normal to leave out any player they want and it looks like with me any time I make a decision of this type it’s always a big story around it.

“So I prefer not to answer.”

Jack Grealish: Aston Villa’s maverick let himself and the country down – NEIL SQUIRES