Arsenal legend Arsene Wenger was pleased with Liverpool’s failure to equal the Invincibles’ record in the Premier League. Wenger led the Gunners to their greatest ever success in 2004 when they won the title without a single loss, which is a feat no other team has even managed to replicate.

The high-flying Reds, though, gave the north Londoners a real scare throughout this campaign as they were so dominant in the league that many thought they were unbeatable.

However, Jurgen Klopp’s men crumbled against lowly Watford at Vicarage Road in February when they lost 3-0, giving Arsenal fans a massive sigh of relief.

Wenger admits he was very satisfied with Liverpool’s failure as he didn’t want anyone to overshadow his historic accomplishment.

The Frenchman added that the Merseysiders’ misstep just shows how difficult it actually is to remain undefeated in such a tough and intense competition. 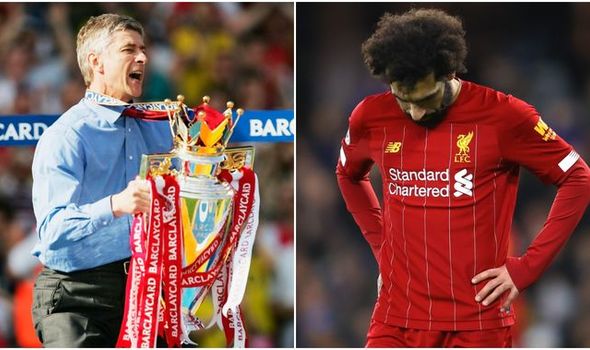 “You always want to be the only one to do something. Liverpool could really have made it.

“But this just goes to show how difficult it is to repeat this feat. At least I received a lot of messages from Arsenal supporters on that day. ”

Liverpool legend Jamie Carragher recently admitted that Arsenal’s Invincibles were the toughest team he has ever faced as he had to mark the likes of Thierry Henry, Patrick Vieira, Dennis Bergkamp and more. 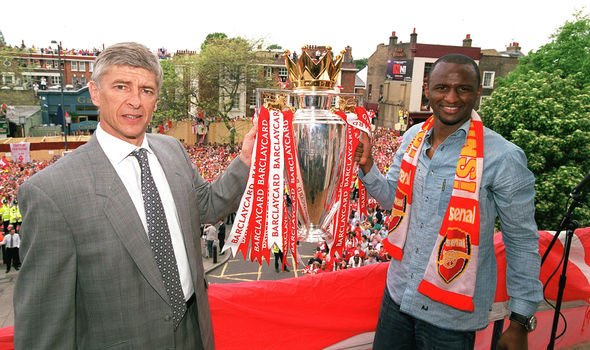 However, the former defender has warned the Gunners that what this season has proved is that the Premier League’s heavy hitters are becoming stronger and it could thus be a matter of time until their record is broken.

Carragher previously said: “Well, I have always said that was the best team I have played against.

“And not necessarily just that season. There was a two or three-year period from 2002-2004 and I think in 2003 Man United won the league, but if I’m being honest, I still felt Arsenal were the team in that year. I think they threw it away in that season.

“It wasn’t just because they were so good technically, they were so big, powerful, quick, strong. You always went on to the pitch wondering which area of the game you are better in.

“And normally if the team is really good technically, you can outfight them, outmuscle them. But with that Arsenal team, it was such a powerful team as well as pace-wise.

“The unbeaten achievement – you are always going to lose games in a Premier League season. You can get so close like Liverpool did this season and the Watford thing happened. I do feel like the last couple of years, teams are getting closer.

“We know how tough it is, but I feel like the rules of winning the Premier League have changed from losing five or six games to two or three.

“So, I think teams are getting closer to it, but what happened with Liverpool shows how tough it is.

“How strong Liverpool have been this season – they go to a team near the bottom of the league and get beat convincingly.

“Arsenal Twitter that night was pretty pleased and rightly so, that’s something very special associated with that club and that team.”