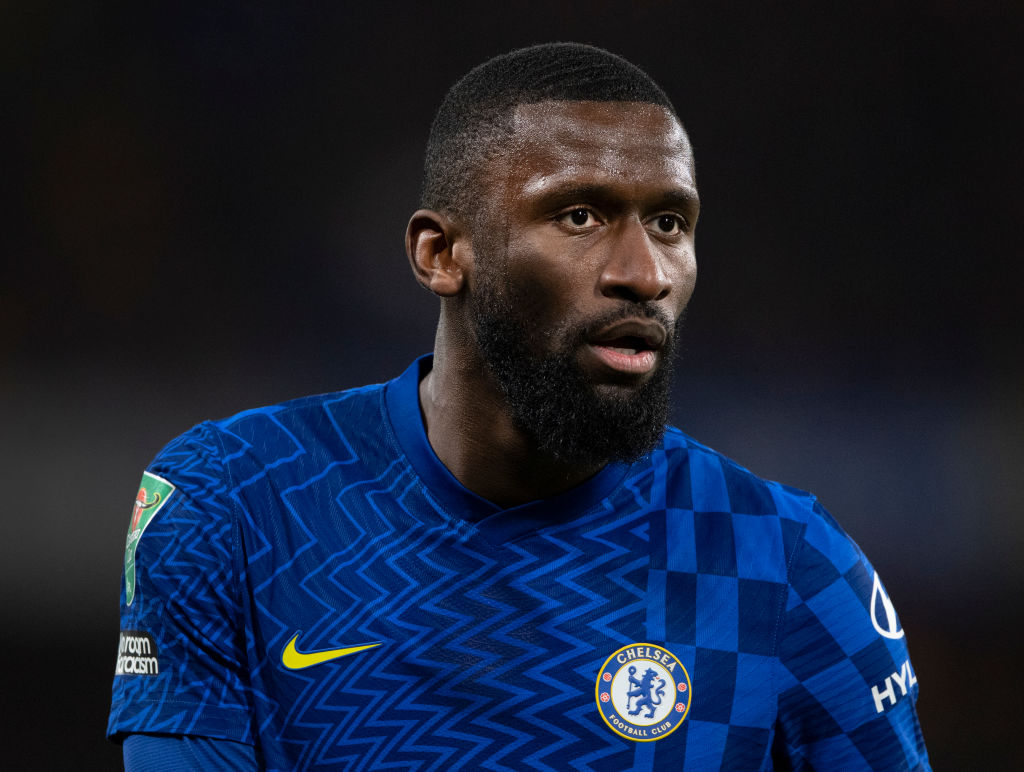 Ashley Cole hopes Chelsea are doing everything possible to convince Antonio Rudiger to stay as he believes the defender has been ‘integral’ to the way his former side plays under Thomas Tuchel.

There has been mounting uncertainty surrounding Rudiger’s future, with the centre-back’s current deal due to expire at the end of the 2021/22 campaign.

Rudiger, 28, is free to speak to rival European clubs over a possible move away from Chelsea, but the Germany international is reportedly focussing on matters on the pitch and is in no rush to sign a pre-contract agreement.

Real Madrid, Paris Saint-Germain, Juventus and Manchester United have all been credited with an interest in the Champions League-winning centre-half, who is currently enjoying his fifth full season at Stamford Bridge.

Tuchel remains hopeful Rudiger will commit his long-term future to Chelsea, despite Europe’s elite circling, and Cole believes keeping such players on board will be key if the club are to build on their success.

‘I played with him at Roma. Great personality, great attitude in training, always pushing to want to be the best,’ the ex-Chelsea and England left-back told Sky Sports ahead of Chelsea’s Carabao Cup semi-final second leg at Tottenham.

‘He’s been integral in this Chelsea team in the way they play. He’s aggressive, not letting players come off him and go into little pockets that normally centre-backs don’t like to go in.

‘You need to keep players like him in and around the dressing room.’

Jamie Redknapp agreed that Rudiger had been at the heart of Chelsea’s recent success and believes the German finds himself in a ‘brilliant position’, with clubs queuing up for his signature.

‘I’m sure they are [doing everything to keep him],’ the former Liverpool, Spurs and England midfielder said.

‘There are not many like him in world football. A lot of centre-backs now, they’re nice. Not many of them are going to be aggressive or kick you, be in for a fight every time you play against them.

‘When I look at Rudiger that’s what he brings, he’s a one-off to that extent. If you’re Chelsea you are doing everything. But from Rudiger’s point of view, he’s in a brilliant position because everyone would want him.

‘If it’s my team, Liverpool, you can imagine him playing alongside Virgil van Dijk, it’s a free transfer in the summer, just obviously a massive wage is what he will want.

‘But he has been a revelation since Thomas Tuchel came. He’s been fantastic.’