Aston Villa boss Dean Smith said referee Michael Oliver’s decision to award Leicester a penalty was “a big gamble” after seeing his side thrashed 4-0 at the King Power Stadium.

However Smith did not use the decision, which led to the hosts’ second goal, to detract from the mistakes Villa made in their own downfall on Monday night.

Following a disastrous goalkeeping mistake by Pepe Reina for the opening goal, Oliver pointed to the penalty spot in the 63rd minute, judging that Barnes’ cross had struck Tyrone Mings on the arm.

The Villa defender pleaded his innocence and television replays appeared inconclusive, but VAR agreed with the referee’s decision to award the spot-kick.

“I thought Michael Oliver got the penalty decision wrong. It’s a shoulder, Tyrone was sure it hit his shoulder,” said Smith, whose team remain in the relegation zone. 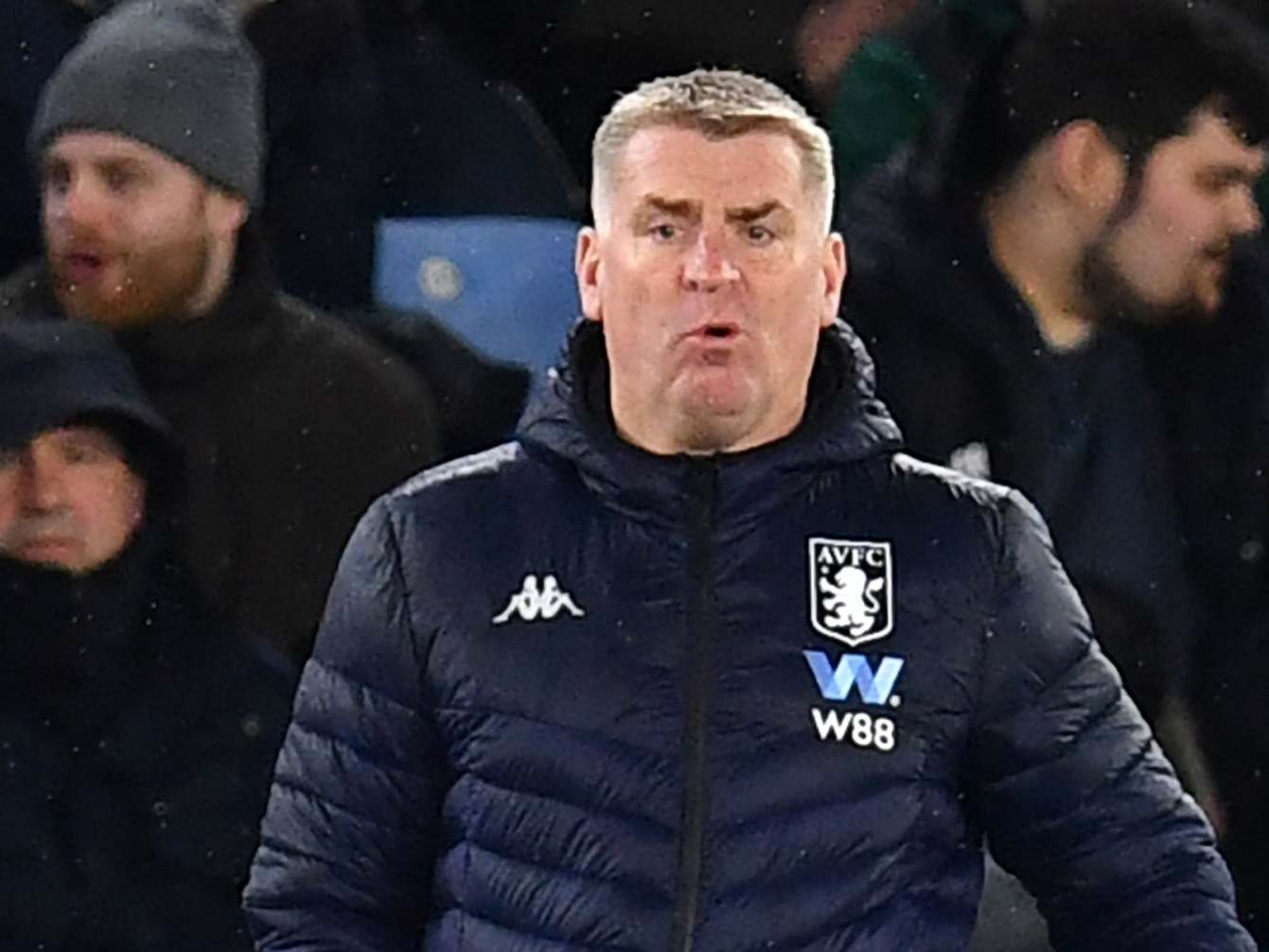 “It’s a big gamble to call that as a penalty and I think his gamble hasn’t paid off in my opinion.

Leicester had been wasteful in front of goal, with Jonny Evans, Barnes, Caglar Soyuncu and Kelechi Iheanacho all missing the target with headers from set-pieces, before they were gifted the lead by Reina just before half-time.

Marc Albrighton did well to pick out Barnes’ run in behind the Villa defence down the left but the Leicester winger still had plenty to do – until Reina decided he could beat Barnes to the ball.

Barnes won the race and poked the ball past the advancing goalkeeper, who was 15 yards outside his penalty area, before maintaining his composure to guide a shot between the covering Mings and Matt Targett and into the net.

“He’s made a mistake,” said Smith of Reina. “He’s come out to try and get the ball and he’s too late. He’s ended up doing Harvey Barnes’ job.

“He knows that but the goal comes from our throw-in in the corner when we’ve given the ball away – that’s my biggest gripe of the night.

“I thought it was our Achilles heel that was going to come back and bite us, in terms of defending set-pieces and allowing them free headers, but it was another big mistake for the first goal.

“Disappointing is an understatement. We wanted a performance and a reaction after the (Carabao Cup) final and we felt that we would have a chance here tonight. We are getting punished massively for our mistakes at the moment.”

Leicester boss Brendan Rodgers acknowledged a good evening for his team as they took hold of third place in the Premier League table, with Jamie Vardy returning from injury to end his nine-game goal drought with a double.

The striker is now on 99 Premier League goals and Rodgers said: “It was good to get him on for that final half-hour and that was him back to what he’s good at. He was aggressive on the back line and a threat.

“He showed really good composure for the penalty because he was only on the pitch a couple of minutes and he showed real confidence and calmness to put it away.

“The second goal was just natural for him, it just falls to him in the box and he finishes it.

“But overall tonight, it wasn’t perfect, though our commitment and intensity and tempo returned. We scored some wonderful goals whilst being defensively very strong as well. It was a very good evening for us.

“We knew tonight was very important, both teams had different needs, but we had to show that desire, as well as the quality, to want to win games. And I thought we did all that.

“It was very important with nine games to go that we played this game like a cup final, and there’s many more cup finals before the finish.”

Gabriel Magalhaes passnotes: Who is the 22-year-old defender?