Atletico Madrid fans showered Real Madrid stars Vinicius Jr and Rodrygo with objects as the pair celebrated Los Blancos first goal of the game. Much of the discourse before the match had centred Vincuis’ dancing goal celebrations with a minority of Atletico fans racially abusing him for this before the game.

Vinicius’ celebration antics have made headlines this week after long-serving Atletico captain Koke called him out for dancing, suggesting there would be ‘trouble’ if he performed them against his side.

This does not appear to have deterred the young Brazilian who celebrated his team’s first goal in their derby match against their fierce rivals by dancing with the goalscorer, fellow countryman Rodrygo. The celebration appeared to rattle the Atletico fans who threw objects, including lighters and coins, at the players as they expressed themselves after scoring.

It was only the latest example of Atletico fans shaming themselves in the fixture with a minority caught on camera racially abusing Vinicius ahead of the game.

“You are a monkey, Vinicius you are a monkey,” was sung repeatedly outside the Wanda Metropolitano, promoting a response from their own club who posted on Twitter to tell fans to ‘respect their rival’. 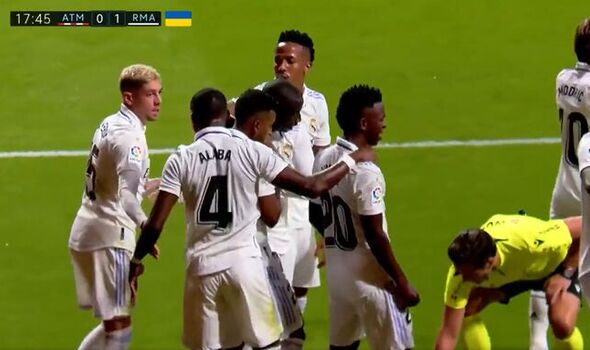 Vinicius has received racially abusive comments since Koke’s intervention earlier this week. Dancing has always been the Brazil international’s way of celebrating a goal but the Spaniard took time out to call him out on it.

“At the end of the day if he scores a goal and decides to dance it’s his call,” he said. “To each his own and everyone celebrates the way he likes.”

Before later adding: “There would be trouble for sure [if Vinicius dances], it’s normal.”

Koke’s comments were followed by racist comments from the president of the Spanish agents association, Pedro Bravo, who claimed Vinicius was “playing the monkey”. 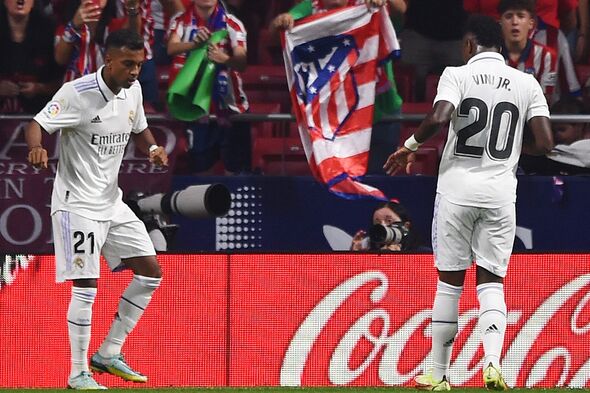 This forced Real to confirm they would look to take legal action against anyone else who looked to racially abuse the 22-year-old in a bid to protect their player.

It read: “Real Madrid would like to express its affection and support for Vinicius Junior, a player who regards football as an attitude towards life through joy, respect and sportsmanship. Football is the most global sport there is and should be a model of values and coexistence.

“The club has directed its legal services to take legal action against anyone who makes racist remarks towards our players.”

The actions of the Atletico fans do not appear to have impacted Vinicius playing ability with the winger providing a fantastic assist for Federico Valverde who doubled his side’s advantage, giving them a healthy lead at half time.