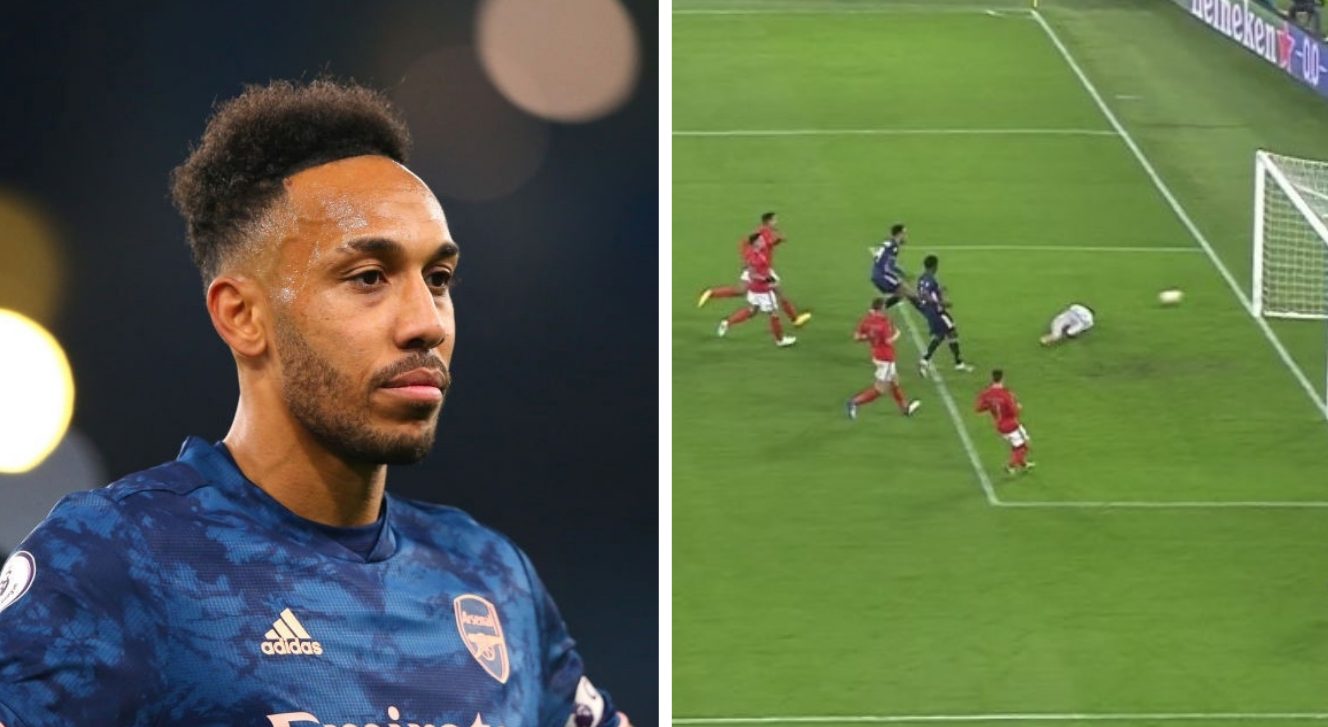 Pierre-Emerick Aubameyang admits he should have scored ‘a couple of goals’ after missing a sitter during Arsenal’s Europa League draw to Benfica.

Aubameyang netted his first Premier League hat-trick in Sunday’s victory over Leeds United and could have bagged another against Benfica but missed a number of chances as Arsenal were held to a 1-1 draw.

The Gabon international looked destined to put Arsenal ahead in the first half when Hector Bellerin played a square ball into his path, with the goalkeeper struggling to move across his goal.

Aubameyang put his effort wide of the post, however. The 31-year-old missed a couple more chances later and Gunners boss Mikel Arteta insisted after the match that his team need to be more ‘ruthless’.

Despite Aubameyang’s misses, a 1-1 draw does not represent a disaster for Arsenal, who scored a crucial away goal when in-form Bukayo Saka cancelled out Afonso Fernandes’ second-half penalty.

Shortly after the fixture, Aubameyang said on social media: ‘We deserved better and I should score couple goals today but still one game to go we keep going. Well done Bukayo Saka.’