Barcelona defender Gerard Pique was quick to continue his war of words with Real Madrid’s Sergio Ramos after Madrid came away with a 2-0 win in El Clasico. Vinicius Jr and Mariano found the net at the Bernabeu.

The Spanish defender declared he felt Madrid were one of the worst Los Blancos teams he had faced in the first-half.

Ramos was quick to respond, however, as he insisted he was only interested in winning games.

Madrid leapfrogged Barcelona in the La Liga table with the win, as they moved to the top of the table by one point. 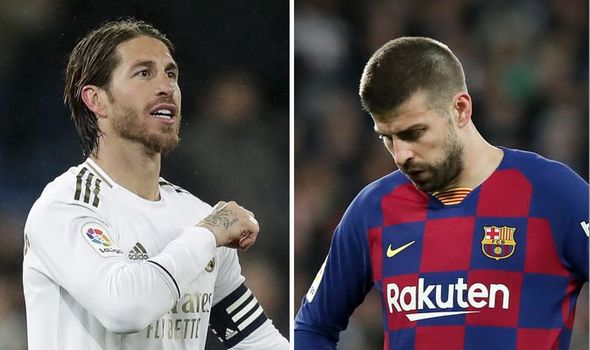 The first 45 minutes were a tight affair, with Thibaut Courtois thwarting two good Barca chances before the break.

First, Arthur dashed through one-on-one before seeing his side-footed effort saved, before Lionel Messi got in behind the Madrid defence but aimed his shot directly at the Belgian.

Madrid made Barca pay through Brazilian youngster Vinicius, as he raced in behind the Catalan side’s defence and hammered a shot past Andre Ter-Stegen – via a deflection from Pique.

Then, with the game in its’ dying moments, Mariano cut in from the right-hand side and bobbled his shot over Ter Stegen.

After the game, Pique expressed his disappointment in his team’s performance, saying they should have got more from a poor Madrid side.

“We are upset,” he said. “We thought we could get a good result here because Madrid came into the game in bad shape.

“It was one of the worst Madrid sides I’ve faced at the Bernabeu in the first half. I don’t say that as a criticism of them. We all have problems — we aren’t doing that well, either. But we missed an opportunity.

“We had control of the game and if we take advantage of a couple of our chances it leaves them with a mountain to claim.” 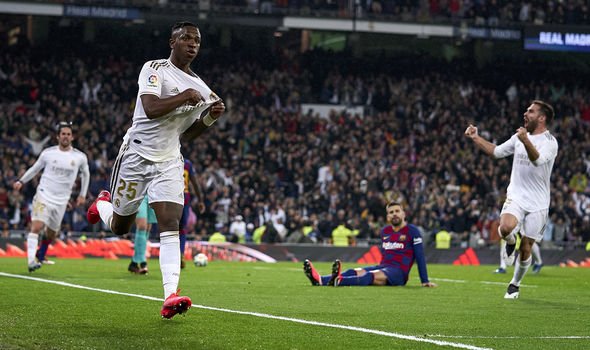 “Everyone’s opinion is respectable,” he responded.

“I sign up to win all Clasicos by making a first half as bad as he says.

“The approach was different. In the first half, we left the ball and in the second we decided to go.

“They were not so fresh and we started to generate chances.”