Barcelona prepare to take on Napoli in the Champions League tonight and ahead of the game boss Quique Setien has admitted their Champions League humiliation by Liverpool is still in the minds of his players.

The 61-year-old coach will be involved in his first Champions League match of his managerial career on Tuesday night since taking over from Ernesto Valverde at the Nou Camp.

Barca will take on Napoli at the San Paolo Stadium and Setien will not want a repeat of recent exits from the competition by the hands of Liverpool and Roma in recent years.

Last season Barcelona were knocked out of the completion in the semi-finals by the competition’s eventual winners Liverpool.

The Catalan giants won the first leg 3-0 at the Nou Camp, but then lost the second leg in an astonishing 4-0 match at Anfield.

JUST IN: Man City could be saved from relegation – because Premier League rivals will help 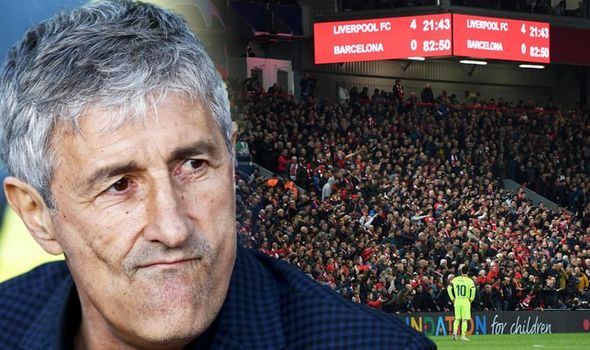 The season before that Barca were beaten by Roma in the quarter-finals.

Barcelona won the first leg 4-1 at home, before going on to lose 3-0 at the Stadio Olimpico, which saw them knocked out on away goals.

“The reality is that we’ve spoken very little about [Roma and Liverpool], although I’m sure they’ll have it in their minds,” Setien said.

“Maybe it’s not comparable. We’ve experienced incredibly tough games and I think the team is fine.

“The team is confident that we’ll continue in this dynamic, I trust that we’ll maintain the level that we’ve been giving for some time.”

Barcelona are currently top of La Liga and have a two-point lead over second-placed Real Madrid.

During his nine games in charge Setien has won seven and lost two, but the Spaniard is excited about competing in the Champions League for the first time.

“There’s no doubt that it’s my first match in the Champions League and it’s a motivation,” he said. 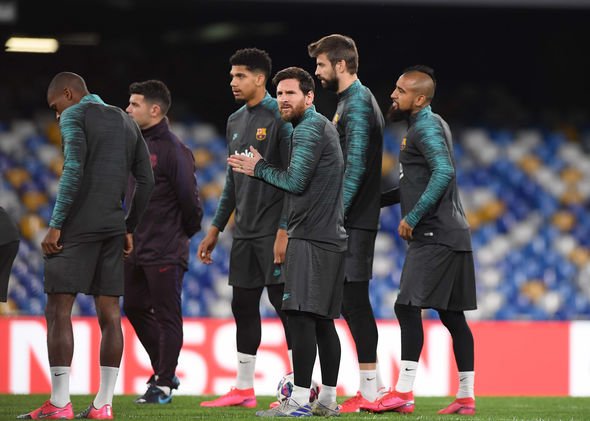 “It’s exciting for me to start this journey at a stadium like this, which is full of passion and history.

“I think it’s going to be a passionate game. There’s no better place to start.”

Barcelona know that following their trip to Naples they will take on Real Madrid in a crucial El Clasico clash at the Bernabeu.

But Setien remains confident of getting a positive result in both because of the good form his side is currently in – they are currently on a three-game winning streak.

”We have the task to take them on with maximum guarantees.

“Then, the next match is another competition. It’s successive. It doesn’t have an influence; all the matches are important.”