Welcome to America, Xavi! Barcelona boss is finally ALLOWED into USA after visa issues caused by trips to Iran when playing for Al Sadd – in boost to Spanish giants’ pre-season tour plans

Barcelona’s pre-season preparations have been bolstered by the arrival of Xavi after the manager was finally granted a visa to travel to the United States of America.

The Spanish giants flew Stateside last week for a two-week pre-season tour but did so without Xavi after he had his original ESTA (Electronic System for Travel Authorisation) application rejected.

The issue stemmed from Xavi representing his former club Al Sadd several times in Iran and therefore he required special permission to enter the US. 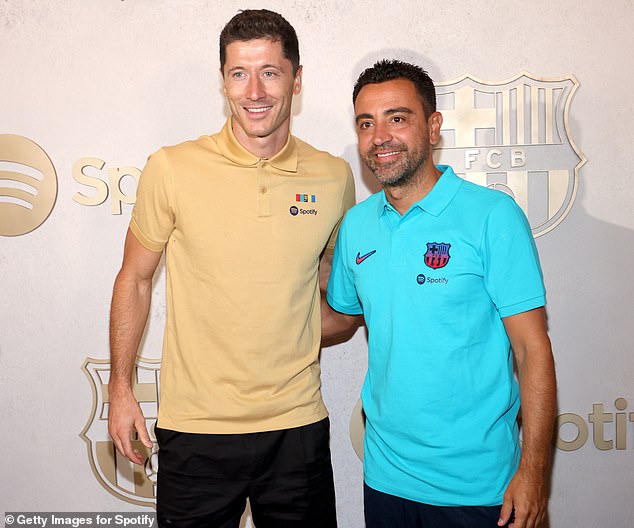 Travel advice for the USA dictates that if, after March 1 of 2011, an individual has been to Iran or Iraq, they no longer qualify for an ESTA.

The same issue crops up for those who have been to Syria, Sudan, Yemen, Libya or Somalia.

However, that issue has now been resolved and the Barca boss is now in Miami.

Before being allowed to fly the 42-year-old had to travel to the embassy in Madrid to collect the required documents, according to AS.

The publication adds that Xavi arrived in America on Wednesday evening, having flown from Adolfo Suarez Madrid–Barajas Airport.

Barcelona are currently residing at the Conrad Hotel in Fort Lauderdale with Xavi now able to continue his work in person ahead of the new season.

He’ll also be able to meet new summer signing Robert Lewandowski for the first time, who had already travelled to America to work with his new team-mates.

Xavi will take training on Thursday evening as Barca prepare to face Real Madrid on Saturday – in what will be only the second time in history on US soil, following their 2017 encounter at the Hard Rock Stadium, Las Vegas.

They’ll then head to Dallas to face Juventus on Tuesday night before ending the tour against the New York Red Bulls on July 30.