Barcelona boss Ronald Koeman wants to reinforce his options in midfield this summer and there could be a chance to sign a player known as “the next Frank Rijkaard.” Barcelona’s main focus for the next few weeks will be to win their final three games and give them the best chance of lifting the La Liga title.

Their hopes though were dealt a blow on Saturday after drawing to league leaders Atletico Madrid.

Real Madrid now have a chance to leapfrog their rivals into second today when they face fourth-placed Sevilla.

Barcelona finish their season with games against Levante, Celta Vigo and Eibar.

But there will also be one eye on the summer transfer window, which is set to open in just under a month. 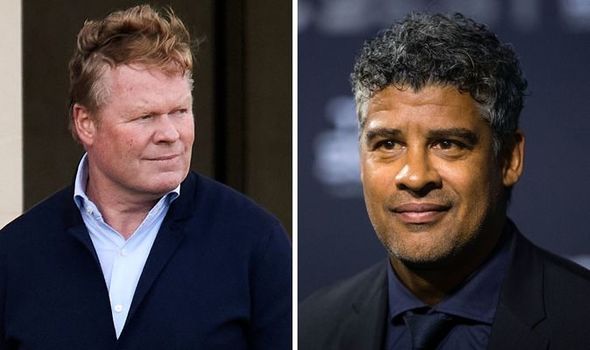 Signing at least one midfielder appears to be a top priority for Koeman with Georginio Wijnaldum being strongly linked.

However, there is another option that Barcelona are also looking at according to Mundo Deportivo.

Ryan Gravenberch has been compared to Dutch football legend Rijkaard and Barcelona are said to be monitoring his situation.

It is claimed that Barcelona are looking to sign a defensive-minded midfielder who can be the long-term replacement for Sergio Busquets.

Manchester United and Juventus are thought to be Barcelona’s closest rivals to sign Gravenberch.

But the report suggests Barcelona may have an upper hand in negotiations with Ajax.

The Catalan club are said to have developed a “very good” relationship with Ajax after signing Frenkie de Jong and Sergino Dest in recent years.

Barcelona may well be able to call upon that relationship again in discussing a potential swoop for Gravenberch, who was on their radar from an early age. 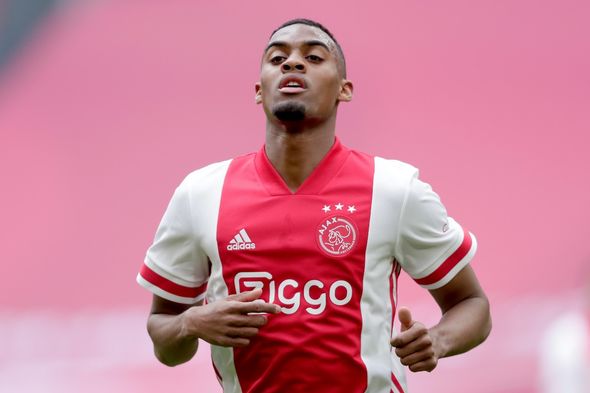 They may face competition to sign Wijnaldum though, who is out of contract at Liverpool in the summer.

The 30-year-old’s agent recently sounded out Bayern Munich to make an approach for the midfielder.

“Wijnaldum is a free transfer and keeps all options open,” he told Sport1.

“FC Bayern is a great club. If you are interested in him, please feel free to speak to us.”

How Grealish can audition for United and answer Souness' doubts