Barcelona have reportedly drawn up a three-man shortlist of potential replacements for Ronald Koeman, who looks set to be relieved of his duties at the end of the season. The Dutchman is now on borrowed time with the Catalans set to miss out on the La Liga title to Atletico Madrid, who moved a step closer to domestic glory last night after beating Real Sociedad 2-1 at the Wanda Metropolitano.

After a disastrous start to his return to the Nou Camp, Koeman finally started to turn things around earlier this year despite the club’s elimination from the Champions League at the hands of Paris Saint-Germain.

Barcelona began to eat up the ground on title rivals Atletico Madrid before winning the Copa del Rey in style with a 4-0 win over Athletic Club.

But when it really mattered, Barca faltered at the wrong moment in the La Liga title race with a shock home defeat against Granada, a 2-1 loss to Real Madrid and a 3-3 draw at Levante on Tuesday.

Now the pressure is mounting on Koeman, who is not universally popular at the club, and serious doubts over his future have now emerged.

JUST IN: Arsenal and Tottenham ‘in £23m transfer battle’ for Barcelona defender 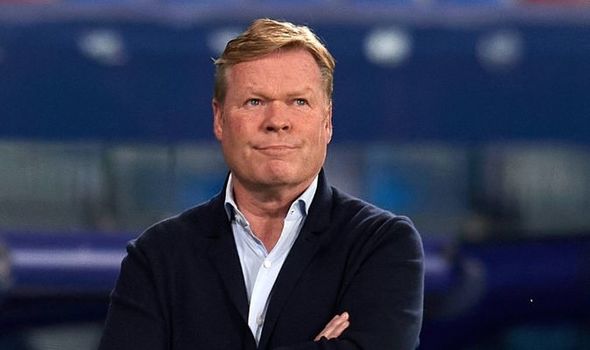 He could well be sacked at the end of the campaign, particularly if the Copa del Rey is the only achievement Barca have to show for their season.

According to RAC1’s Gerard Romero, the board have already lined up three potential replacements.

The first of which is former captain Xavi Hernandez, who has just signed a two-year contract extension with Qatari club Al-Sadd.

Xavi is highly regarded by the board, who are keen on bringing him back to the club one day as manager.

But he is not the only name in contention for the role if Koeman is sacked, particularly given he has just committed his future to Al-Sadd.

Erik ten Hag, who recently held talks with Tottenham, is also amongst the names on Barcelona’s wishlist.

Like Xavi, Ten Hag also recently signed a new deal in Amsterdam shortly after discussing the possibility of joining Spurs.

Barcelona are still confident they may be able to bring him to the club despite his new Ajax deal. 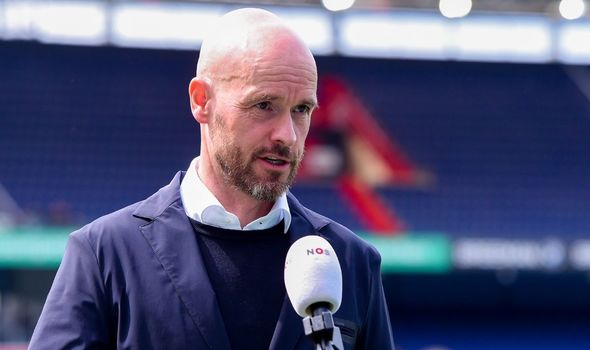 Finally, Barcelona B coach Garcia Pimienta could also make the step up to the first-team next season.

The pathway from La Masia is one many famous coaches including Pep Guardiola have walked and Pimienta is very highly rated at the club.

Pimienta has been coaching in Barcelona’s youth ranks since way back in 2006 and now could be the right time for him to step up.