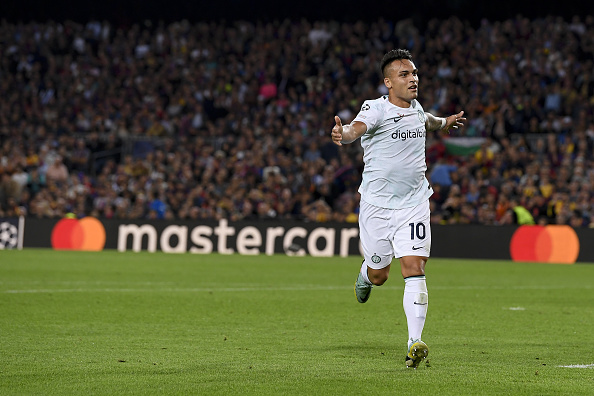 Xavi’s side were held to a dramatic 3-3 draw at the Camp Nou, which has left the Catalans on the cusp of dropping into the Europa League.

Barcelona spent beyond their means last summer and budgeted for reaching the last-16 of the competition at a minimum in order to ease their financial burdens.

However, should Inter Milan win either of their last two group stage matches against Viktoria Plzen or Bayern Munich then Barcelona will finish third and therefore drop into the Europa League.

That would be a disastrous outcome for a side that convinced the likes of Robert Lewandowski, Raphinha and Jules Kounde to join the club last summer.

But, if it wasn’t bad enough already for supporters, Barcelona fans were angered further when Messi ‘liked’ a post celebrating Inter’s draw.

Fans spotted their former hero had ‘liked’ a post by his compatriot, Lautaro Martinez, who wrote: ‘Heart , Personality , Humility’ and ‘Forza Inter’ on his page.

Messi has been linked with a return to the Camp Nou when his contract expires at the end of the season.

The Argentine has postponed talks over any deal in the French capital until after the World Cup and he’s said to be open to a return to Spain.

Joan Laporta would love to re-sign Messi but he would have to significantly reduce the wages that he earns in Paris.