Barcelona made a mistake signing Antoine Griezmann instead of waiting to re-sign Neymar, says former France World Cup-winner Frank Leboeuf. After long being linked with a move away from Atletico Madrid, Griezmann finally left to join Barcelona in the summer of 2018 for around £107million. However, the France international has not had a successful first season at the Nou Camp.

Meanwhile, Paris Saint-Germain star Neymar is said to be keen on rejoining the La Liga club just three years after his world-record £200m move to the French capital.

But a deal looks increasingly unlikely due to the financial struggles clubs will face in the aftermath of the coronavirus pandemic.

Appearing on ESPN FC’s Extra Time, Leboeuf was asked if Barca were wrong to sign Griezmann instead of waiting for Neymar.

JUST IN: What Man Utd and Chelsea said when asked about signing Jadon Sancho this summer 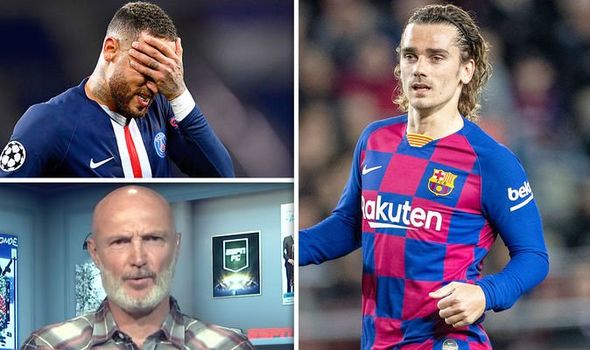 “I think it was a mistake for Griezmann to sign for Barcelona because the way he plays, the side that he used to play is mostly where [Lionel] Messi is playing.

“So I guess it was a mistake for Barcelona especially now Neymar wants to come back.

“He fit very well with Messi and he seemed to really enjoy his game when he was at Barcelona, which is maybe less the case at Paris Saint-Germain.

“So I guess yeah, from Barca it was a mistake. I don’t know how much they’re going to [have] to spend to get [Neymar] back.

“They spent lots of money on Griezmann, I don’t know how much they’re going to get if he leaves. I think it was a mistake from Barcelona, yeah.”

Spanish football expert Guillem Balague believes Martinez joining Barca is more likely than Neymar due to the friendly relationship with Inter in terms of a potential swap deal.

“Lautaro Martinez and Neymar are targets, that’s very, very clear, that’s very obvious – there won’t be money for both of them,” Balague said on his YouTube channel last month. 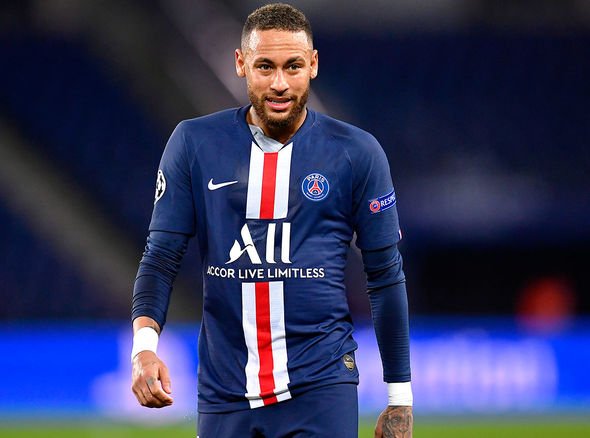 “Possibly, the Neymar deal will be so impossible financially that I don’t think it will happen, not this summer.

“We’ll have to keep an eye on it because I know that [Josep Maria] Bartomeu in his last season [as president] wants to make a big impact and to leave a Barcelona that can compete for things, hence wanting Lautaro and wanting Neymar.

“The only possibility they can actually get either of those players, because I don’t think both of them will be possible, is a swap of players.

“But you tend to do that with clubs that are friendly. Inter is friendly to Barcelona, PSG not so much.”