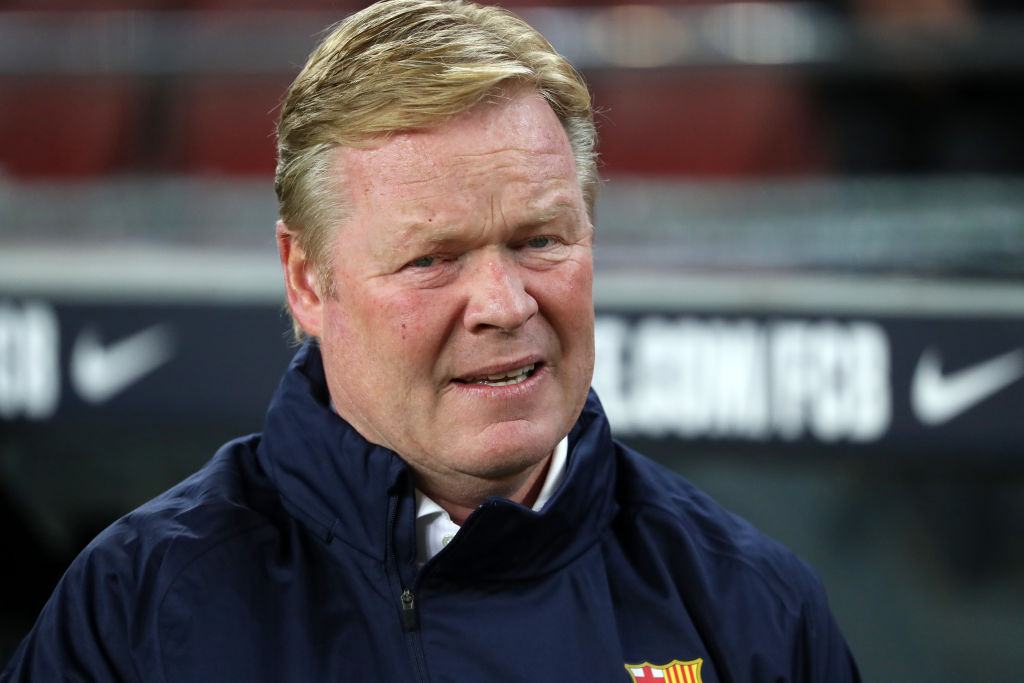 Ronald Koeman has been granted a stay of execution by Barcelona’s board after another disappointing result though the club are actively looking for a replacement, according to reports.

The Catalan giants only mustered a 1-1 draw at home to Granada on Monday evening, following on from their heavy 3-0 defeat to Bayern Munich in the Champions League.

Koeman’s tactics and selections have been heavily questioned in both matches, with his decision to sub on Gerard Pique to play as an auxiliary forward against Granada drawing particular ire.

There have long been doubts over Koeman’s long-term future at the club and Barcelona’s board met once again following yesterday’s defeat in order to discuss whether to pull the trigger.

According to ESPN, they have elected to stick with the Dutchman for now – though he may not want to get too comfortable.

The main reason for not sacking Koeman is based on the lack of readily available alternatives, with Barca president Joan Laporta unwilling to put an interim boss in charge while a permanent successor is sought.

Koeman will therefore be in the dugout when Barca travel to Cadiz on Thursday, but the club’s hierarchy are now actively looking for a replacement.

There are two main contenders who could be considered for the role, the first of which is Belgium boss Roberto Martinez.

The former Wigan and Everton boss has been championed by Jordi Cruyff, who took up an advisory role at the club over the summer, though Martinez does not have universal support from the board.

Another option being considered is Xavi, who is currently coaching in Qatar with Al-Sadd, though he has been overlooked for the role in the past due to a lack of experience.

Koeman was defensive of his side after the draw with Granada, saying the current squad is ‘not the Barca of eight years ago’ while he refused to be drawn on speculation over his job security, adding: ‘I’m not going to talk about my future anymore.’