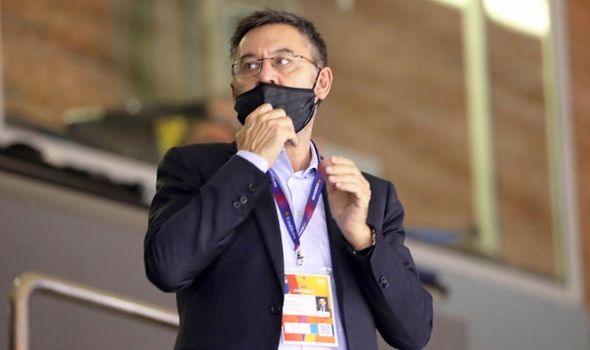 Barcelona president Josep Maria Bartomeu has reportedly resigned from his position at the club. The news comes just three days after Barca’s 3-1 El Clasico defeat to Real Madrid at the Nou Camp. It brings to an end a six-year spell for Bartomeu in the role, after he replaced Sandro Rosell in 2014.

Only on Monday had Bartomeu decided against stepping down from the position following a crunch meeting.

Reports in Spain had claimed Bartomeu could resign but that he had decided to fight to turn the club around on and off the pitch.

But 24 hours later, he has seen it fit to leave the role.

Bartomeu had been under pressure following Barca’s poor season last term and Lionel Messi’s decision to leave the club in the summer.

Barca finished second in La Liga and were humiliated by Bayern Munich in the Champions League quarter-final in August, going down 8-2.

Superstar forward Messi wanted to leave but was forced to stay, with the club refusing to accept an offer lower than his €700million release clause.