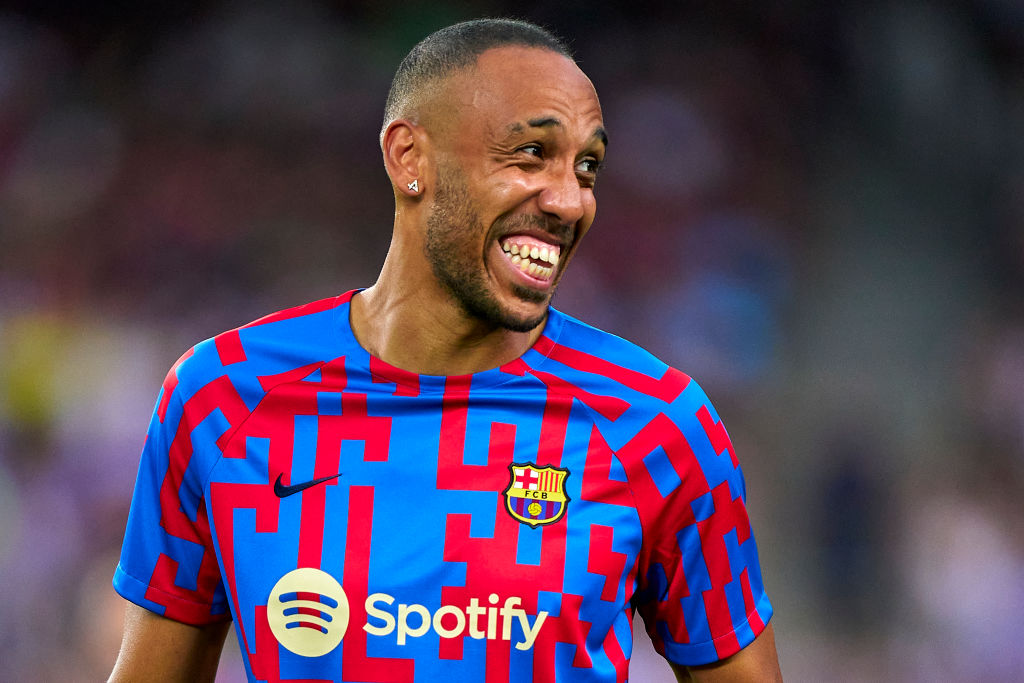 Chelsea have submitted a new €20 million (£16.9m) offer to Barcelona for Pierre-Emerick Aubameyang, according to reports in Spain.

Thomas Tuchel is keen for Chelsea to recruit a new striker before the end of the transfer window and Aubameyang is his top target having already worked with him at Borussia Dortmund.

However, Barcelona have been holding out for a fee close to €30m (£25.3m) for the 33-year-old, who they signed on a free transfer from Arsenal in February.

But according to Sport, Chelsea have returned with an improved bid of €20m (£16.9m) and have removed add-ons from the deal.

The report claims that Barcelona are encouraged by Chelsea’s latest offer but are still looking for a figure closer to €30m (£25.3m).

However, a €20m (£16.9m) fee from Chelsea for Aubameyang would be enough to finally allow Barcelona to register €55m (£46.4m) summer signing Jules Kounde.

Speaking last week, Barcelona head coach Xavi insisted that the club’s main aim is to get Kounde registered as quickly as possible.

‘If there is an offer for any of them, we’ll see how the squad turns out to be. Now the priority is to register Kounde,’ said Xavi.

‘Kounde is training really well. He’s great with the ball. I think we signed a very good player. Now we need to sell some players to register him.’

Aubameyang played in Barcelona’s friendly against Manchester City on Wednesday evening managed to get on the scoresheet in the 3-3 draw.

The former Arsenal captain had initially ruled out leaving Barcelona this summer but it’s understood that he is now open to joining Chelsea.