German champions and leaders Bayern Munich retained their four-point cushion at the top of the Bundesliga with a 4-0 home rout of VfB Stuttgart on Saturday with Robert Lewandowski netting a hat-trick after they had Alphonso Davies sent off early on.

The result left Bayern top on 61 points from 26 games with second-placed RB Leipzig on 57 ahead of their highly anticipated clash on April 3 after the international break.

Canadian left back Davies was shown a straight red card in the 12th minute for a studs-up challenge on Wataru Endo but his dismissal only galvanised Bayern with Lewandowski firing them ahead five minutes later. 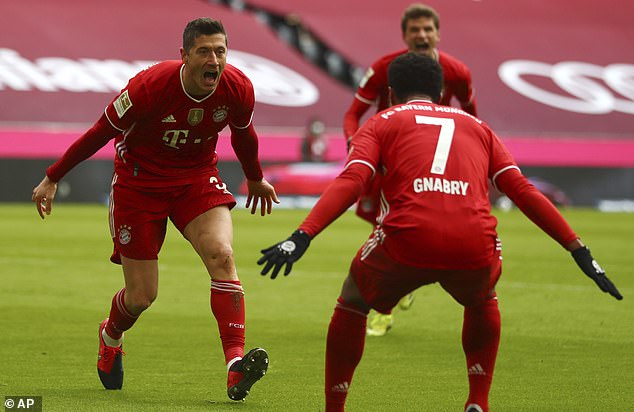 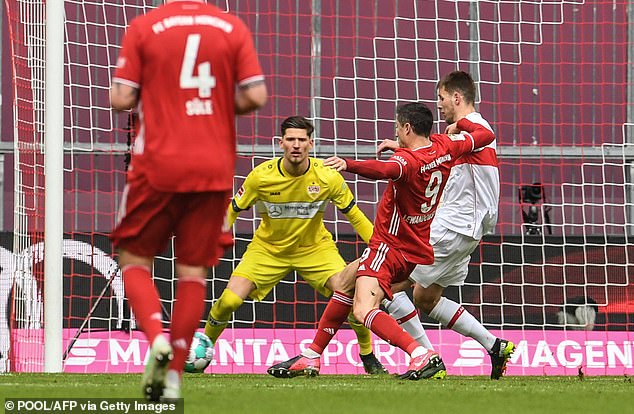 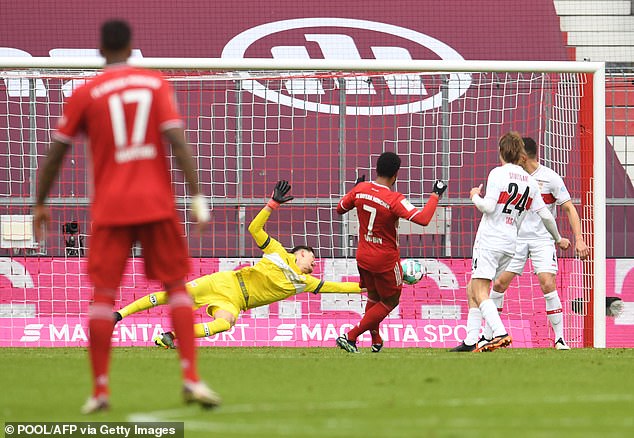 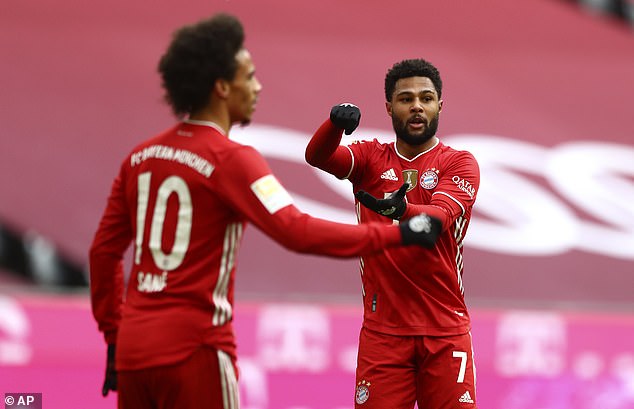 Serge Gnabry made it 2-0 in the 22nd after a sweeping move involving Thomas Mueller and Leroy Sane. Lewandowski added the third less than 60 seconds later when he rose to head home a Mueller cross from the right.

The Poland striker added some gloss in the 39th with a clinical left-footed finish from inside the penalty area as he pounced on sloppy defending by Stuttgart after Sane’s jinking run down the right flank.

Bayern took their feet off the pedal in the second half but despite their numerical disadvantage, they still dominated as Lewandowski and Gnabry missed chances to give them an even bigger win against the hapless visitors. 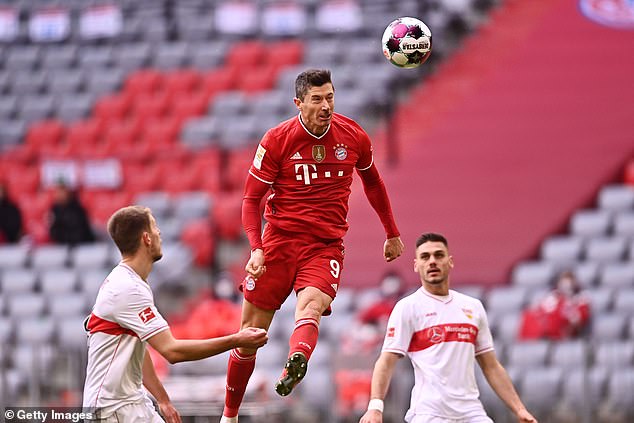 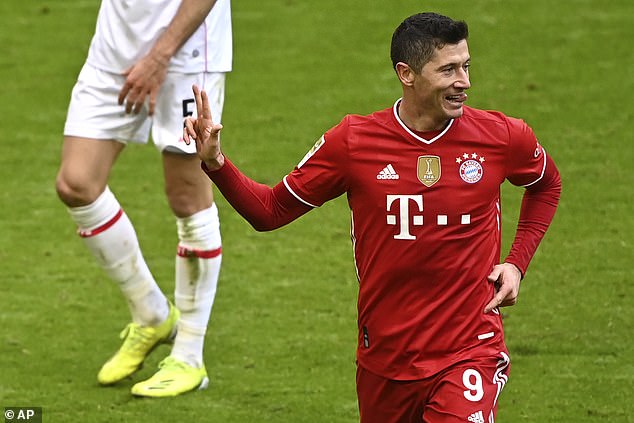 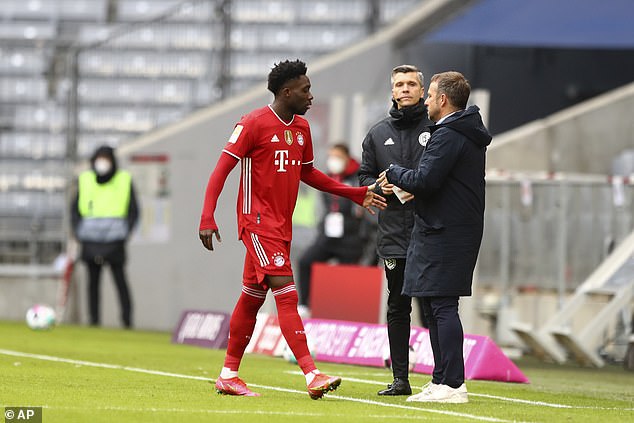 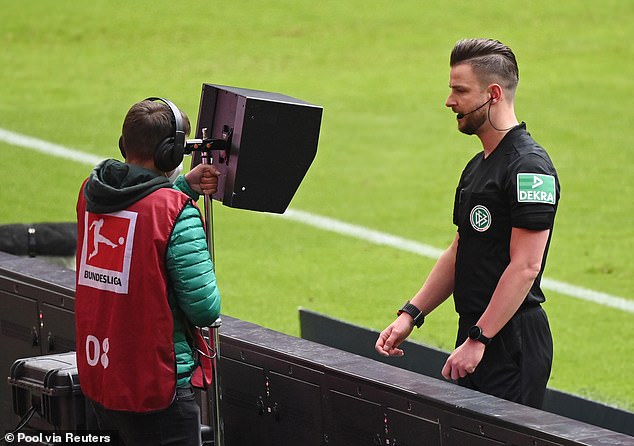 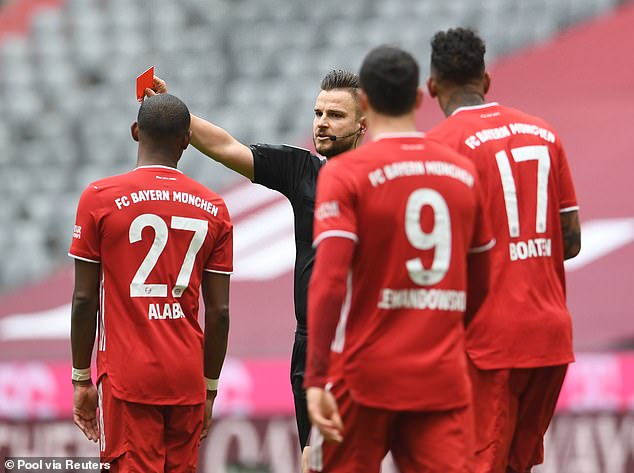 After consulting VAR, Schlager brandishes a red card, sending the youngster for an early bath

Tottenham only have a few top players and have no chance of finishing in the top four, says Paul Merson