Kevin de Bruyne’s international manager Roberto Martinez claims the midfielder will remain at Manchester City beyond this summer despite the impending European ban. City have been banned by UEFA from European competition for the next two seasons. That has led to speculation over a host of star players in Pep Guardiola’s squad.

Bernardo Silva is reportedly attracting interest from Barcelona and Raheem Sterling has revealed his admiration for Real Madrid.

But Belgium boss Martinez is confident De Bruyne will remain with City for next season.

“Kevin de Bruyne is committed to the project of Manchester City,” Martinez said on beIN SPORTS.

“So we don’t know what’s going to happen, the ban maybe will be [reduced] to one year. 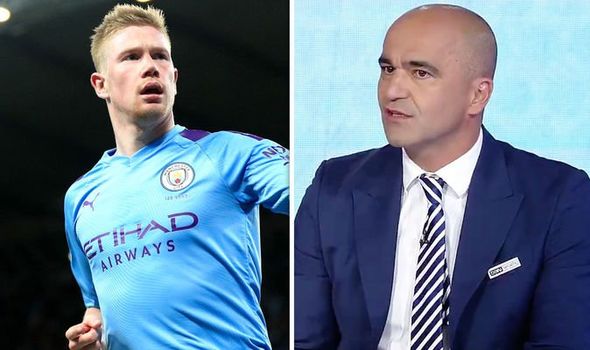 “I think two years will have big implications to Manchester City.

“But I think it’s too early, I don’t think everyone is thinking to their futures just yet.

“They’re playing an important game today [against Leicester], they play against Real Madrid in the Champions League.

“I think the time of talking about the future of the players will be after all those competitions are clear.”

City boss Guardiola is confident his squad are committed to performing in all four competitions until the end of the season.

“I’m completely sure [of] the commitment of our players,” the Spaniard said.

“It’s about what they’ve shown for many years – nothing changes.

“At the end of the season nobody knows what is going to happen. 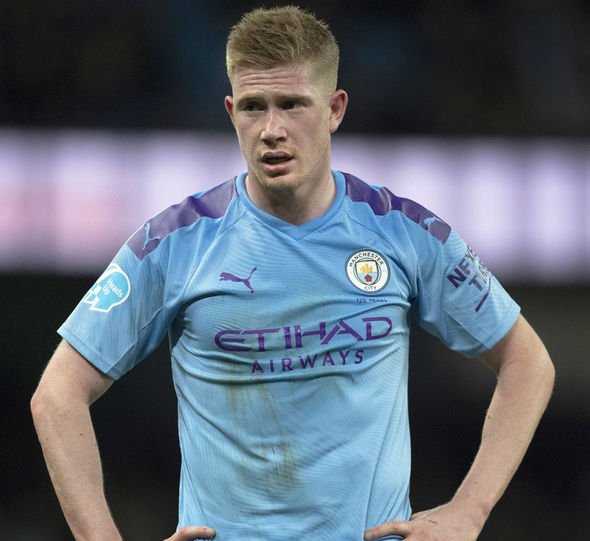 “With calm we decide what we want, but for the next three months the commitment will be incredible.”

Guardiola also insists he will stay at the Etihad unless he is sacked.

The 49-year-old’s contract at City expires at the end of next season.

“If they don’t sack me I will be here,” Guardiola added.

“I love this club. I like to be here. This is my club and I will be here, no matter.

“The club has to fight and I trust the club 100%, what they have done and they have explained to me.

“This situation is not finished and we will wait, but until the resolution is not done you have to play and play and that is what is going to happen.”

Meanwhile, former City defender Micah Richards says Kevin de Bruyne is the best player in the Premier League but understands a Liverpool player will win PFA Player of the Year.

”It will go to a Liverpool player – I said [Jordan] Henderson was world class at the start of the year, I got abuse on Twitter and now he’s second in the running,” Richards said on Sky Sports.

“For me a Liverpool player has to win it but there’s no one else at KDB’s standard.”

Ronaldo 'asked United stars if they were ashamed' against Atalanta